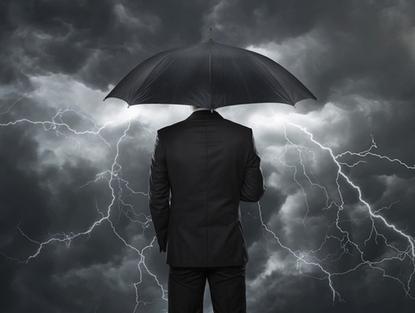 Bringing the spirit of innovation back into the Woolworths Group and honing the embattled supermarket giant’s customer focus are key priorities for its new group CEO, who was announced today.

But judging from the group’s latest $972.7 million half-year loss, recent brand challenges and rising competition in the supermarket space from international and local rivals, the group’s entire leadership team has a tough job on its hands.

Woolworths has promoted managing director of the Woolworths Food Group, Brad Banducci, to CEO and MD of the group, effective immediately.He also continues in his MD post for the food division until a replacement is found.

Banducci takes the reins from former CEO, Grant O’Brien, who announced plans to retire in June last year and is relieved of his chief duties, effective immediately. O’Brien remains on the books as an employee until 1 August 2016.

Banducci has 25 years’ experience in retail, and has been with Woolworths for the last five years. He was promoted to head up the food group 12 months ago after working as MD for the Woolworths Liquor Group.

“I am a true believer in the potential of Woolworths and I am excited about our future,” Banducci said. “We are at our best when we are innovative and focused on the customer and winning their trust.

“I am an entrepreneur at heart, and a retailer by discipline, and I want us to take our company back to its best levels of performance. My goal as CEO will be to recapture the spirit of innovation and customer focus right across the business, and to grow a culture where our people once again feel a strong ownership of the business.”

Woolworths chairman, Gordon Cairns, said settling the top leadership job was a key priority when he came on as chairman.

“We undertook a rigorous international search process to find the best person to rebuild the Woolworths business and return it to sustainable growth,” he said in a statement. “While there were several strong candidates, the board was unanimous that Brad was the strongest of the field.”

Alongside the group CEO appointment, Woolworths reported its latest half-yearly financial results today, announcing a 176 per cent drop in net loss after tax of $972.7m. Total sales were down 1.4 per cent to $32bn, while net profit also dropped 33.1 per cent to $925.8m.

“We are rebuilding the Woolworths business. While we have made progress, it will be a three to five-year journey and there is much to do,” Cairns said in response to the financial results.

Key priorities outlined by Cairns include reinvestment into supermarkets business and into improving the customer experience through better pricing, product lines and in-store service, and refocusing on core business lines by exiting the home improvement space, a decision that will cost about $1.9bn.

On the leadership front, Cairns said he’s also working to improve Woolworths’ executive might through Banducci and new Big W CEO, Sally Macdonald, and kicked off a board renewal that has seen former Best & Less CEO, Holly Kramer, join as an independent director.

“The final priority is to embrace a listening culture,” Cairns said. “This transformation is fundamental and will ensure that the strategies and programs we implement will enhance value for our shareholders.”