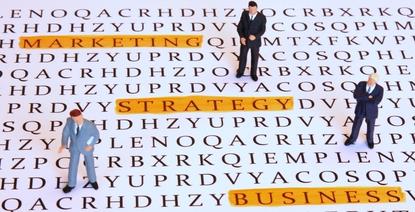 “The first is the holy grail of marketing, which is getting sales to pay attention and gaining skin in the game,” he tells CMO. “When I outlined what a real ABM program looks like and how it works when all the pieces come together, sales became interested. We [as marketers] became less about the promotional items and more a facilitator for deeper engagements with these organisations. We are people who could help sales map out and meaningfully touch organisations and people in them.”

The second thing ABM helps with is targeted campaigning. “Typically, when you have inbound or outbound marketing, you’re hitting a small percentage of the organisation,” Yatman says. “ABM, if done diligently, allows you to get your message out at various levels and to various personas you wouldn’t ordinarily be able to address.”

The key tenet of ABM is building a relationship, not just at an account level, but with individuals sitting inside a target organisation.

“If done right, a Fortune 500 organisation will trust you enough as a business to let you come inside and help them craft communications to their employees about why you’re helping them, and why you’re in fact helping them change the way they deliver products, services or their overall brand image internally and externally,” Yatman says.

It’s easier said than done, however. Yatman admits embedding a true ABM approach is a labour intensive task that requires strong collaborative skills, data insight and patience. It’s taken him two-and-a-half years to get to a position where Aruba is actively engaging in ABM and to help, he brings in marketing support and contractors to facilitate EDMs, design, prospecting and other tactical activities.

“It is getting easier – there are more tools, such as content syndication, marketing automation and specialist ABM services that enable you to better manage, track and control campaigns,” he comments. “Where these things fall off track is managing these campaigns, which requires so much hands-on effort and laser effort. If you look to the side at an event or something else, it can fail.”

Taking the first steps towards ABM

The first step to getting ABM off the ground is making sure you’re adopting it in the right way, Yatman says. At Aruba, that meant working with teams early on to identify the right target companies of suitable size and scope.

“I also had to make it clear to the sale team that this is not a one-quarter endeavour – it’s a long and slow sales process,” he says. “There will be bluebirds every now and then, but it’s about building trust with our customers. We’re not speed dating, we’re ideally trying to marry this company.”

The second step was getting physical buy-in not only from the sales team, but Aruba’s leadership.

“They control the incentives and contracts and have to fulfil their end of the bargain,” Yatman points out. “The other thing you need is a willingness to try new things.”

Winning over leadership was the next milestone for Yatman. He did this visually, by showing executives a power/influencer map of one prospective customer, noting decision-making business units from a technical side, as well as influencers and other decision makers, then mapping perception of Aruba over the top as well as the people it already had contact with.

“Out of 50 individuals making various decisions, we only had contact with four people,” he says. “If we didn’t engage further in an account that for us is so strategic, all we’d ever do is influence four people who may or may not be there next year. That was a lightbulb moment for the leadership team.”

Collating such insights meant hunting across the business for all available data on prospects and customers, sourcing third-party and publicly available data on organisations and individuals, identifying market trends impacting those companies, and gauging perceptions of the Aruba business. One helpful source of information was account managers, and many had rudimentary maps of a client’s organisation and key contacts.

“I also cherry picked those individuals who were most proactive,” Yatman continues. “Doing that research upfront is the hardest bit, but you have to know who you are talking to.”

In addition, it’s vital to identify the right number of accounts to treat under an ABM strategy.

“I have three organisations right now I’m personally managing ongoing interactions with, and that stretches from customised messaging to persona-based activity – the technical audience gets very different messages to business audience,” Yatman explains. “We’re also developing onsite or near-site events – roundtables, executive meet and greets – to better position ourselves and build that relationship.

“On the standard marketing level, we also have promotional materials to make sure we are in-mind and onsite. This is all effort to just be top of mind with the customer.”

Getting the metrics right

ABM also challenges traditional marketing and can’t be measured purely in terms of generated opportunities and leads. At Aruba, Yatman’s overcoming the metrics issue by using an influencer map to chart perceptions shifts around the vendor from negative to positive, much like a Net Promoter System. It’s also about how many new contacts Aruba builds.

For example, in the account mentioned earlier, Aruba has gone from having interactions with four people to between 25 and 30.

“Of course, there will be incremental business that’s being generated and we can tie ourselves to, but it’s not about the leads and opportunity, it’s a mix,” Yatman says. “You have to get that early on, or you get burned by people who expected big business.

“There are other campaigns that work well through traditional inbound and outbound routes, so what I try to do is overcompensate by ensuring I have the right mix in my strategy so I can support the longer-term opportunity in ABM, for something else that will do a lot more churn. You are hedging your bets.”

Yatman stresses ABM is “not an island unto itself”, nor can marketers afford to forget the wider marketing picture in the quest to winover those few big deals. And while he’s a big fan of ABM, he’s the first to recognise it’s not right for everyone.

“It’s a team effort too, and it does take a village around you to be successful,” he says. “It took me up to 12 months to find right the right synergies to pilot and test ABM. And we’re still evolving in terms of the right content, customers, and how much budget and effort can be assigned.”

But with the growth of social media, expansion of advertising into so many new channels, and the barrage of data and information thrown at the average consumer or B2B buyer daily, it’s imperative marketers find a more creative way to interact with customers and prospects, Yatman concludes.

“Who doesn’t want to build stronger relationships with people who are doing the buying, and a long-term relationship that could help you with the rest of your career potentially?”he asks.

“Every time, I find I become better listener as a marketer and customer/sales, I become more knowledgeable about industries and verticals, and I’m closer to the pulse of what’s happening within these sectors.”