Customer advocacy pays off for Telstra with strong first-half result 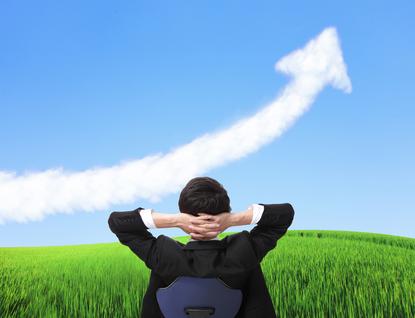 An ongoing commitment to customer advocacy has seen Telstra chalk up hundreds of thousands of new retail fixed bundle and mobile customers in its first-half, its CEO says.

In a statement, Telstra CEO, Andrew Penn, reiterated customer advocacy as the single most important driver of the telco’s strategy, and said it would only be achieved through world-class customer service, technology, networks and delivery.

The half-year results reflect the emphasis on customer, along with efforts to drive value and growth from core businesses, and creating value for shareholders, he said.

As a result of its customer experience efforts, Telstra said its Net Promoter System (NPS) result was three points higher than in the first half of FY2015. The telco also delivered 1.6 million customer rewards via its Telstra Thanks customer loyalty program during the first half, an increase of 20 per cent year-on-year.

Other productivity-led customer metrics noted in the telco’s financial result included a decline in overall inbound call volumes of 7 per cent, a lift in first-call resolution rates from 81 to 83 per cent year-on-year, and rise in online self-service assurance interactions from 150,000 to 1 million between first-half 2015 and first-half 2016.

“Our results have been achieved against increased mobile competition and acceleration in the National Broadband Network multi-technology model roll out,” Penn said. “We have continued to innovate and develop products and services to meet changing customer preferences and expectations in our fixed and mobile businesses.”

Recent network enhancements include extension of Telstra’s 4G footprint nationally for more reliable services, as well as the launch of its first voice over LTE services in September, which have seen been taken up by 130,000 customers. Telstra Air, a roaming connectivity service, also saw significant customer subscriber growth.

“We are actively working to simplify our business, drive down costs and help our customers experience what technology can do for their lives and businesses,” Penn added.

In his presentation to the market, Penn also acknowledged Telstra’s network outage last week, which impacted about 15 per cent of mobile customers for about two hours and has been attributed to human error. As compensation, the telco offered a free data day to customers on its mobile network (Sunday) and saw a record-breaking 2000TB of data consumed across the network in a single day.

“I personally spend time every day reviewing customer feedback. While I am encouraged that the number of complaints we receive is reducing, I know we still have much to do.”

As a result, Telstra left its guidance for the full-year 2016 unchanged, which includes mid-single digit income and EDBITA growth.