Forrester: Marketers using an average of 5 social channels for marketing

Analyst firm categorises the types of tactics being used by Asia-Pacific marketers through social platforms, as well as looks at which ones have the highest satisfaction scores 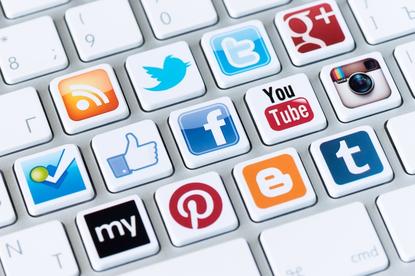 B2C marketers across the Asia-Pacific are increasingly active in social marketing, adopting an average of five social platforms to drive their branding efforts.

Yet while many believe they’re engaging through the right platforms, marketers are generally only moderately satisfied with their social tactics.

The new Benchmarking Social Marketing Efforts in Asia-Pacific in 2015 report, found B2C brands are using an average of five social platforms, with Facebook the most adopted (100 per cent), followed by Twitter (81 per cent) and LinkedIn (78 per cent). Rounding out the top five were YouTube (66 per cent) and Instagram (59 per cent).

Twitter was cited as a widely used by overvalued channel, falling short of marketers’ expectations, while Snapchat and Line were used by few marketers either because they’ve only just started to experiment, or they’re already disillusioned with them.

All marketers surveyed had built and maintained branded profiles on sites such as Facebook and LinkedIn, while another 78 per cent either sponsored or advertised on these channels. Sponsoring social sites was the third-most usage tactic and rated the highest in terms of satisfaction, as was running and maintaining branded blogs.

Ads on discussion forums or communities were also cited by Forrester as an emerging social tactic, rating more highly than sponsoring or advertising on other blogs even though usage is still low.

Forrester reported half of the marketers surveyed expected 2016 social media budgets to be the same as 2015, while a further 25 per cent will increase them by less than 10 per cent. According to Forrester, total social media advertising spending in Asia-Pacific will reach $6.7 billion by 2020, up from $2.8 billion in 2015 and a tenfold increase over 2010.

The analyst firm also reported that Australia, India and Singapore’s social platform adoption patterns are more similar to other Western countries worldwide, in contrast with China, Japan, South Korea and Thailand, where WeChat, Line and Kakaotalk are more popular.