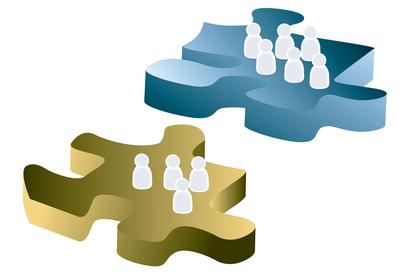 The Association for Data-Driven Marketing and Advertising (ADMA) has acquired the assets of AIMIA, the beleaguered Digital Industry Association of Australia that closed its doors in December.

AIMIA went into voluntary administration in January after bringing in accountants, Ferrier Hodgson, to decide on its future. At the time of their appointment in November, the company said it was no longer commercially viable.

AIMIA has been running in Australia for 23 years and has nearly 400 members. The organisation had been in discussions to merge with a complementary industry organisation last year but said it had failed to come to an agreement.

In a statement today, ADMA confirmed it had acquired AIMIA’s assets in order to support the digital industry in Australia and provide continuity of services and initiatives to the latter’s member base.

“AIMIA has been an influential champion of the digital industry in Australia in its 23-year history, pioneering impactful education, awards and research initiatives that have helped nurture and develop talent in Australia,” said ADMA chair, Steve Brennen.

“However, as industry association consolidation becomes inevitable in today’s rapidly evolving market, a larger organisation like ADMA is well placed to operate its activities more efficiently and provide additional value to members. It is also the right thing to do to ensure the digital industry in Australia continues to be supported.”

ADMA said it will continue servicing AIMIA members under the AIMIA brand, and look to provide additional resources including research initiatives and education programs. It also confirmed plans to continue the annual AMY Awards, which are due to celebrate their 22nd year in 2016. These were initially due to run on 31 March, but will take place later this year to accommodate delays around the judging process. A spokesperson said a new date will be announced soon.

All AIMIA initiatives and benefits will also be made available to ADMA members free of charge as part of their membership.

“AIMIA is proud of its legacy and service to the digital industry in Australia but as the world of digital is now so entrenched across all areas of industry our agency-centric scope became unviable over the longer term,” said AIMIA’s national president, Tim O’Neill.

“I am delighted ADMA have stepped in to provide our membership base with continuity of support and services and believe that they are extremely well-placed to build upon our achievements and take AIMIA’s industry remit to the next level.”

This is the second association merger for ADMA in the past 18 months. In July 2014, the organisation struck an agreement with the Institute of Analytics Professionals of Australia (IAPA), which now operates as an integrated division.

“ADMA is unique in that we represent the full 360 degrees of Australia’s media, marketing and advertising ecosystem, providing advocacy and regulatory support for client-side organisations, agencies and suppliers across the industry,” added ADMA CEO, Jodie Sangster.

“Consequently, ADMA and AIMIA already have a significant cross-over in membership and a strong digital education offer, which means we will be able to provide value add membership services to AIMIA members from day one.”

AIMIA launched in 1992 to support the burgeoning digital content industry and was also responsible for starting the Interactive Advertising Bureau (IAB) in Australia.