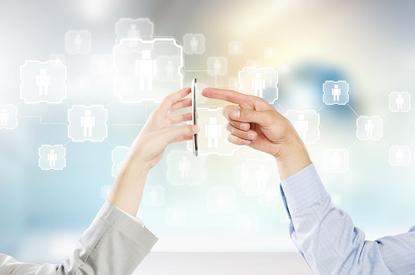 Vodafone has struck a partnership with Qantas as part of its latest strategic moves to boost customer loyalty and engagement.

The Qantas and Vodafone partnership will see the companies work together to deliver new ways to reward customers. Qantas Frequent Flyers can now earn up to 15,000 Qantas Points by connecting, renewing or upgrading online to a new 24-month Qantas Red plan with Vodafone.

Businesses that are members of Aquire, Qantas’s business rewards program, are also able to earn Aquire Points when signing up to Qantas Business Red plans with Vodafone.

“Vodafone is determined to ensure our plans offer the best value and the inclusions that matter most to customers,” he said. “The opportunity to earn Qantas Points, which can be redeemed on travel, shopping and a host of other exciting offerings, gives consumers another reason to choose Vodafone and rewards our existing customers for their loyalty.”

“In a competitive market, being able to reward customers for choosing their product or service and remaining loyal to their brand is an attractive proposition,” she said in a statement.

Qantas and Vodafone are also partnering on a prepaid SIM offer, as well as smartphone plus SIM package, for international customers travelling to Australia on board eligible Qantas international flights. Qantas Frequent Flyer members will be able to redeem Qantas Points for Vodafone products available through the Qantas Store.

The partnership announcement came at the same time Vodafone announced Red customers who travel to New Zealand and who would previously have paid a flat $5 roaming fee per day can now access these services free of charge until 1 December 2016.

Vodafone Red customers also continue to enjoy $5 Roaming when travelling overseas to more than 50 selected countries, meaning they can use their plan inclusions for just $5 extra per day.

According to Vodafone’s CMO, Loo Fun Chee, the company’s latest roaming initiative demonstrates its commitment to giving Australians a fair go when they travel.

“Two years ago, we took the industry’s first steps to help end widespread confusion and bill shock surrounding international roaming with the introduction of a new standard: $5 Roaming,” she said. “Today, we’re taking another big leap forward to change the industry because we believe that roaming matters.”

“When you think that today close to 70 per cent of our network traffic is video, and no one sees that slowing down, the fact that some of our competitors are imposing daily data usage caps, and charging data overage up to 50 times more than their normal domestic rate when their customers roam, you have to wonder how serious they are about changing things,” she said.

According to Vodafone, $5 Roaming has been used more than three million times and customers have used 462 million megabytes of data while roaming since the start of 2014.

Chee said the company’s plan to deliver simple products and greater transparency is a sustainable strategy.

“We’ve proven that if you have the right products that are easy for people to use and, most importantly, you charge a fair price, people will use them, and they will love them,” she concluded.