The data includes about 110 billion interactions with Yahoo websites 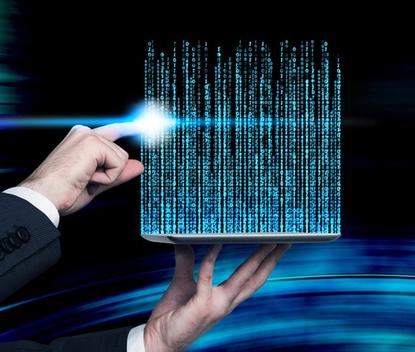 Machine learning is taking hold in all kinds of applications, from self-driving cars to image recognition to online recommendation engines. But unless you're a Google or a Facebook, it's hard to get your hands on the kind of massive, real world data sets required to test and validate machine learning programs.

Yahoo has helped to rectifying that with the release Thursday of what it called the "largest ever" data set made available to machine learning scientists. It's a collection of anonymized user interactions with the news steams on sites like Yahoo News and Yahoo Sports.

Yahoo says there are 110 billion events in the file -- or 110 billion records of when a user clicked on a news story or took some other action in the feed -- and it comprises 13.5TB of data, or 1.5TB compressed. That's more than ten times the size of the previous largest dataset released, Yahoo says.

"Data is the life-blood of research in machine learning," the company said. "However, access to truly large-scale datasets is a privilege that has been traditionally reserved for machine learning researchers and data scientists working at large companies -- and out of reach for most academic researchers."

Machine learning refers to a class of programs that "learn" and improve their ability to solve problems over time. An early example was spam detection, but machine learning is used for image recognition, language translation and a myriad of other tasks, including some for business. Google recently said it was "rethinking everything we're doing" around machine learning.

Computer scientists create models and write algorithms to guide machine learning systems, but they need large data sets on which to test those models and improve them.

They can use synthetic, artificially created data sets, but those don't reflect the messiness and unpredictable behavior that humans exhibit online, said Suju Rajan, Yahoo's director of research for personalization science.

"Real-world data is messy, it presents a lot of challenges, and those challenges aren't necessarily thought of when someone creates an artificial data set," she said. "If you don't take my behavior into account, the algorithm you create might not work so well."

She expects scientists to use the data to help build better recommendation engines, like those those on Netflix and Amazon. But she says it could also drive other research areas, like information retrieval, social feed ranking, and even systems engineering, by helping cloud providers decide how to process data as users interact with it.

The user data was due to be available for download Thursday through Yahoo Labs' Webscope data sharing program, a library of anonymized data sets for non-commercial use.

It's based on user interactions with Yahoo News, Sports, Finance, Movies, and Real Estate. The data was gathered over four months early last year from 20 million Yahoo users. In addition to the interaction data, it includes categorized demographic information, like age range and gender, for a subset of the users. It's also releasing the title, summary, and key-phrases of the related news articles.

It says its goal is to level the playing field a bit for academic researchers, who often have more freedom to pursue long range projects than their peers at corporations, but who lack the real world data to do it with.

"They might be able to solve problems in a way that we can make use of at Yahoo, or come up with new research problems that we haven't even thought of yet," Rajan said.