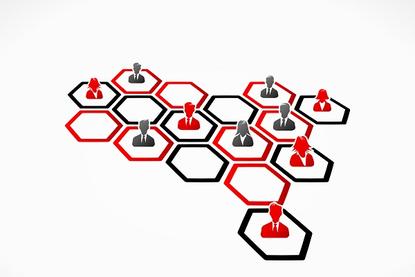 The enterprise software giant announced the purchase agreement on 5 January, saying the AddThis business will become part of the Oracle Data Cloud, a division that also includes former acquisitions, BlueKai and Datalogix.

The price tag is expected to reach up to US$200 million according to various international media reports, but has not officially been disclosed.

US-based AddThis offers publisher personalisation, audience insight and activation tools and powers 15 million websites, gaining insights into the digital behaviour of 1.9 billion unique monthly users. It does this through social sharing features allowing consumers to share links from websites, as well as via back-end tracking tools that record the sites consumers are visiting.

In a letter to customers and partners, Oracle said AddThis is a leading provider of publisher personalisation, audience insight and activation tools, enabling unmatched audience segment quality, scale and insight.

“Oracle Data Cloud ingests third-party data, extracts value, and activates the data to drive insights and harness this knowledge for targeting, personalisation and measurement. With the addition of AddThis, Oracle Data Cloud’s offering is expected to deliver unprecedented levels of audience insight, measurement and reach.”

Oracle said customers will still be able to purchase AddThis products and services and that it will continue to support users through existing support services as it reviews the product roadmap, but further details about its ultimate ambitions for AddThis were not stated.

Raab Associates founder and chief analyst, David Raab, saw the AddThis acquisition as consistent with Oracle’s strategy of expanding its ownership of audience data and in particular, upping the vendor’s position in the “intent data” business.

“It could be considered somewhat defensive, in case companies like Facebook and Google become more successful at creating ‘walled gardens’ that limit the amount of audience information that marketers can extract from interactions on those platforms,” he told CMO.

“But even if that doesn’t happen, direct ownership of audience data will be an important advantage that lets Oracle use that data to enrich its existing sources, such as DataLogix, as well as reselling the data to third parties as AddThis was doing already.”

“As such, it should provide a great addition to Oracle's services for online retailers and numerous other businesses,” he said.

“It's wise to consider AddThis an incremental addition to Oracle's suite of commercial solutions. The data collected could also provide fodder for various ebusiness and other services.”

Oracle has had a partnership with AddThis for several years and announced an extension of this agreement in September. This saw 1000 audience taxonomies from more than 30Web-based behavioural and interest signals added to Oracle’s Audience Data Marketplace. The two companies also partnered on a global audience pilot earlier in 2015 covering the travel, consumer goods and hospitality sectors.

But the partnership wasn’t exclusive, and AddThis does work with competing vendors to Oracle. For example, it became the inaugural global data partner for Adobe’s Audience Manager Marketplace last November.

In response to whether Oracle’s purchase was prompted by a desire to remove a potential rival long-term, King suggested the recent Adobe deal could have inspired the software giant to take AddThis off the table before it attracted additional interest.

But he believed it was unlikely AddThis could have challenged Oracle directly.

“The greater probability would have been for the company to be acquired by a direct Oracle competitor, such as IBM, for its commercial services portfolio,” he commented. “In any case, though Oracle certainly has the means to build analogous solutions, buying AddThis should allow the company to hit the ground running far more quickly and efficiently.”

AddThis was founded in 2004 and had previously raised US$73 million in several investor fundraising rounds.