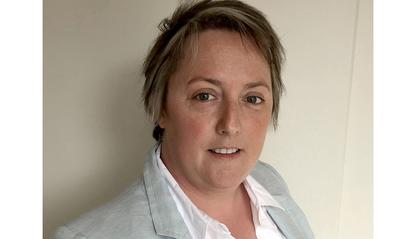 Knowing when to send its members offers based on their interests, frequency of engagement, category of entertainment and lifecycle is taking centre stage at last-minute ticket seller, TIX Group, thanks to its campaign management platform.

Tix Group was founded in 2009 as an online seller of discounted and last-minute tickets to entertainment experiences across Australia, launching with its Lasttix brand. Today, the site has 1.3 million members, and sits within a portfolio of brands including Showbiz, Sportstix and the soon-to-be launched TixBlack offering, allowing members to bid in order to guarantee access to the best tickets in town.

The group also launched in New Zealand this year, and is the process of rolling out the sites to several Asian countries.

Group CEO, Sheila Moloney, told CMO the EDM-based business used several campaign management tools over the years and was running on CheetahMail before opting to invest in the Responsys (now Oracle Interact) platform in mid-2013.

“From a business point of view, it was important to have the ‘Mercedes’ of EDM platforms,” she said. “We had plans for several other brands and we needed something that was easily adaptable, made member segmentation easier, and gave us scale and opportunity from a global perspective.”

While segmentation started out as an important consideration, however, what TIX Group soon realised was that the historical categories used to describe the entertainment interests of members actually worked against the Lasttix site.

“For example, when a member says they like ‘rock’, what is ‘rock’?” Moloney asked. “One customer told us she didn’t want sports content, but then wondered why she didn’t get a discount offer to the Australian Open. So initially, it became less about category segmentation, and more about the quality of the customer.”

To do this, the group has grouped customer into six different categories, rated on open rates and conversion.

However, when the Showbiz site was relaunched last year, segmentation came back onto the radar. “While people aren’t too fussy about a discounted offer, they are much fussier about announcements and alerts,” Moloney explained. “So we’re looking to take a different approach with Showbiz, with a lot more category segmentation. Having a system that allows adaptability of segmentation on different sites is very important to us.”

Realising it was lacking capability around campaign optimisation, and having set its sights on more advanced segmentation, TIX Group recently appointed its first head of marketing, Jackie Hill. She’s now tasked with improving welcome programs across all brands, customer lifecycle messaging and A/B and subject-line testing. Research and analysis has also moved into her remit.

“It’s firstly about digging more into these engagement groups, getting better structures and the right rules in place around them,” Moloney said. “Then based on that, we can roll out a more intensive welcome program for each brand than we have currently.”

Optimising the segmentation currently in place, which sees members group into categories 1-6 depending on level of engagement and open rates over several months, is a first port of call.

“That’s too long a journey, so we’re working on strategy to motivate members in whatever way we can to open emails prior to going below level three,” Moloney continued. “We then want to start rolling out more cross-product messaging as well as a more intensive communications program to customers for non-opens and a different tone of approach.”

By focusing on resends alone, Moloney said TIX could realise 11-18 per cent growth in sales, depending on products and event.

An added complication is that TIX Group, as the middle man on ticket sales, doesn’t know which customers bought which type of ticket at the other end. Moloney said it’s now working to address this by building more information into its portal.

“For example, in the past, we’d only have one ‘buy now’ button, whereas now we’re splitting into buttons for gold, silver or bronze, which allows us to track customer info more, pick up dates, categories and specific events,” she said. “We’ll pull that back to profiling area and load it in the back-end, which allows us as we start to move forward with our other products that require more specific profiles, to match those.”

“The [campaign management] system has also allowed us to grow our databases more effectively through cross-selling - it’s more a support mechanism than anything,” she said. “The fact that we have such high conversion and open rates, which are key to the business, and ultimately growth and ROI, is integral.”

Alongside the Responsys tools, TIX Group has built in-house tools that plug into the platform and that allow further operational efficiencies, Moloney said. “For us, cost of sale is so important, as our efficiencies on scalability from a technical perspective. For example, automating emails, templates, building drag-and-drop solutions,” she added.

While work on customising content has been very limited to date, Moloney said the intention is to build the ability to match people’s profile to offerings.

“With Sportstix, the ability for a product to match requirements from a profile perspective with content, such as a customer only interested in Sydney Swans, rugby and Tennis Australia, allows us to present information based on their preferences, supported by open rates and interest in prior emails,” she said.

“That will also support TixBlack, which we’re in the process of building to launch early next year. That will allow consumers to say they’re only interested in a front row seat for Elton John, or corporate ticket for AFL grand final. We can manage that in the back end so if that offers comes long, they are delivered it, but if not, they’re not bombarded with messaging.”

Getting to level of customer insight will provide TIX Group a long-term competitive advantage in the market globally, Moloney claimed.

“Understanding seasonality, average price of ticket, whether someone has children, if they’re more inclined for full price tickets or offers, what sports interests them, and if there are things they will pay a lot more money for, are all achievable,” she said.

“In the entertainment industry as a whole, this information doesn’t exist across a spectre of entertainment lifecycles. Ticketek or Ticketmaster only sell full-priced tickets, and only consumers who buy off their platform specific to a venue.”