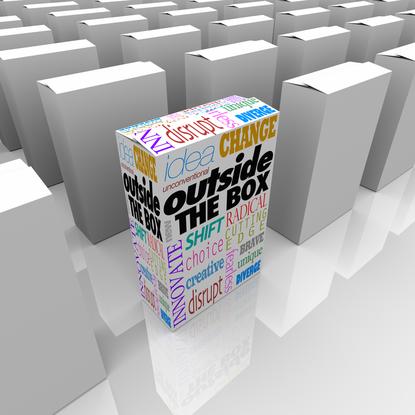 Industry disruption caused by an unlikely competitor and the uberisation of business have become dominant concerns of the c-suite, a global IBM report revealed.

Based on findings from more than 5200 CEOs, CMOs, CFOs, CIOs and other C-suite leaders across 21 industries and more than 70 countries, Redefining Boundaries: Insights from the Global C-suite Study, showed c-suite executives now expect industry convergence to be the primary force impacting their business in the next 3-5 years.

While the biggest risk to businesses traditionally used to be a new rival with a better or cheaper offering, today, entrenched players are being threatened by new entrants with completely different business models, as well as smaller, more agile players unencumbered by legacy infrastructure.

“What makes the world’s top executives cringe? The ‘Uber syndrome’ – where a competitor with a completely different business model enters your industry and flattens you,” added CIO of US trucking company Schneider, Judy Lemke.

The report showed successful disruptors such as Alibaba, eBay, Spotify and WhatsApp have each become the linchpin in a virtual network other companies use to reach their customers. To do this, they’ve built online forums where buyers and sellers can trade, share information and swap insights, stimulating the development of a healthy ecosystem, a highly profitable strategy, the report found. It also prevents them being cut out of the picture by somebody else.

“When it comes to the competition, c-suite leaders clearly have a new threat to consider - one that is often invisible until it is too late,” IBM Global Business Services senior vice-president, Bridget van Kralingen, commented. “At the same time, the highest performers see advances in areas like cognitive computing and systems that can sense and learn as the key to dealing with disruptive events, showing a path forward for all executives.”

The study also revealed c-suite leaders from the highest performing companies are 24 per cent more likely to be focused on cognitive learning. Consequently, the study recommended enterprises use predictive and cognitive analytics to help forecast what might happen with a greater level of confidence and get ahead of unseen competitors.

In addition, almost half of the c-suite acknowledged the need for more decentralised decision-making. Meanwhile, 54 per cent are looking to bring innovation in from outside sources and 70 per cent plan to expand their partner network.

Interestingly, most c-suite executives anticipate changing the way their organisations engage with customers, with 66 per cent expecting to focus on customers as individuals, up 22 per cent from the last survey in 2013.

“We anticipate relying more heavily on partnerships and adjacencies, and on innovating by listening to clients and developing solutions together,” Ricoh Europe CEO, David Mills, said.

And for the first time, all c-suite executives, regardless of role, identify technology as the most important external force impacting their enterprise.

Cloud computing, mobile solutions and the Internet of Things have been cited as technologies most likely to revolutionise their business. But against these advances and the age of the connected customer, the majority of the c-suite, irrespective of role, think IT security is the top risk.

“The more things are connected, the more vulnerable we all are,” the CMO of an Australian financial services provider, stated.