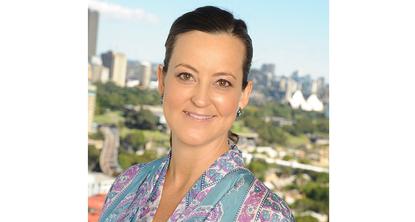 Revlon has confirmed Kaitlin Rady as its new marketing chief following the promotion of its former CMO to lead the local business.

Rady takes up the role from Tracey Raso, who was promoted to general manager of Australasia for Revlon in June.

Rady has been with the Revlon business for close to three years, formerly as marketing manager. A spokesperson for the company told CMO she had played a lead role in driving growth, and in helping to strengthen the cosmetic brand’s leading position in colour cosmetics across Australia and New Zealand.

“Kaitlin has key strengths in the areas of marketing strategy, a sound understanding of retail channels in the Australian and NZ cosmetic market, along with a track record of leading large teams, which was key in her appointment to this new role,” the spokesperson said.

Prior to joining Revlon, Rady built up cosmetics and FMCG marketing and channel experience at5 Elizabeth Arden and Blackmores.

“I am thrilled to be given the opportunity at Revlon as marketing director. I have so much passion for this brand and can see endless opportunities to unlock growth potential in both the Australian and New Zealand markets,” Rady said in a statement.

“As we bed down plans for the next 24 months, I feel incredibly excited to be part of the future with Revlon.”