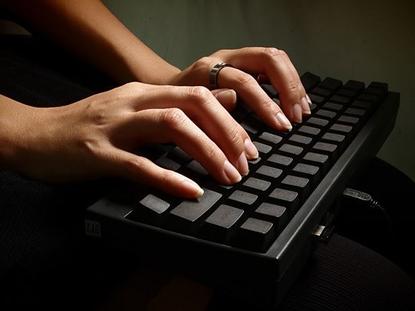 The Association for Data-driven Marketing and Advertising (ADMA) has unveiled its new Code of Practice which it says reflects a new era of industry self-regulation for the industry.

The new charter is the first major overhaul of the association’s code of conduct for nine years. It provides guidelines for members around data, technology, creativity and content practices as well as compliance to the more recent changes to privacy laws and data retention.

“The future of marketing and advertising self-regulation will be shaped by the behaviour and ethical decision making of organisations in their data and marketing practices,” ADMA CEO, Jodie Sangster, said. “There is an absolute requirement to act ethically and those who do so and put the customer first will win.

“Our new code provides the guidance they need to make good choices in a fluid, data-driven ecosystem.”

According to Sangster, the code is designed to help marketers and advertisers navigate Australia’s modern and complex regulatory regime, and is based around principles and benchmarks to establish best practice. For instance, the code requires members to consider the target audience when delivering commercial communications by whatever channel, and to operate transparently.

When using third-party data, members must also satisfy themselves around the permissions required, as well as accept responsibility for actions taken on their behalf by partners and other suppliers.

“We have taken a ‘media-agnostic’ approach, establishing best practice standards across the multi-channel marketing and advertising landscape,” Sangster continued. “Members need to put the consumers’ interests first, perfectly aligning self-regulation with the culture of customer-centric marketing.”

ADMA said self-regulation was an imperative given the rapid development of digital and data-driven marketing and was the only way to avoid stifling innovation and intervention thanks to outdated legislation. The code has been released following recent revisions to Australia’s Privacy Act.

The code is based on discussions with members, government regulators and consumer bodies over a two-year period, as well as overseas best practice and is based on the approach taken in the UK.

The association stressed the code was not about more regulations, but about minimising the threat of government legislation, which could be imposed upon industry by regulators if it is perceived the industry is not operating ethically and honestly.

“Ultimately, what we are striving for is greater consumer trust and confidence in the integrity of our members,” Sangster said. “Consumers should be reassured by the fact that compliance with the Code is mandatory for members and that if something does go wrong there is an independent, no-cost, expedient avenue for resolution through the Code Authority.”

The overarching code will be underpinned with more detailed guidelines and resources which will be developed as required and available online, ADMA said.

The association also has established an independent code authority as a complaints handling unit, to provide advice and dispute resolution should anything go wrong. This includes seven members: Chairman, three consumer representatives and three industry representatives, five of which are new to the authority.