Search party global marketing chief talks about how the startup is shaking up the recruitment marketplace through digital and data smarts, and what role marketing plays 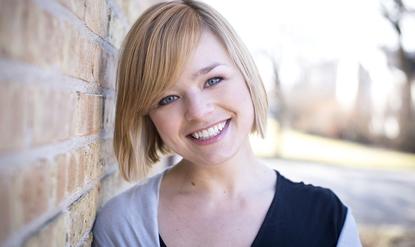 When you think about the attributes a CMO might need in a startup organisation, adaptability immediately springs to mind. But according to Search Party’s global marketing chief, Magda Walczak, being able to respond quickly to market conditions is useless without also focus, data-driven metrics and long-term commitment to decisions.

“The skills you need to be a startup CMO are almost contradictory,” she told CMO. “Agility is really important, and it’s not just about wearing many different hats.Your universe changes – competitors show up, product launches happen, acquisitions happen. We are a very small team too, so it’s important to be agile.

“At the same time, focus is really important. Because everything’s measurable, when something comes up that you know can increase conversion, it hurts not to jump in and stick to your other priorities. I have to say no to other things and places where I can see the potential. So it’s that balance of agility and focus is most the important thing.”

Walczak is the global CMO for Search Party, a four-year old business that started as a CRM vendor for the recruitment industry, before pivoting its focus in 2015 to building an online employment marketplace. She described Search Party’s aim as “doing what eBay did to auctions to the recruitment space”.

“After eBay brought its tools online, and made auctions simple and fast, that space grew from a $5 billion to $75bn industry,” she said. “Recruitment globally right now is a $300bn industry, but only $9bn of that is done online so it’s still largely an offline, traditional sector.

“We wanted to change the whole model of recruitment and empower the three stakeholders involved - employers, job seekers and the recruiter – with a marketplace where they can interact.”

The first step has been building the recruiter to employer relationship, Walczak explained. Recruiters can sign up and load their candidates pool onto the platform. Search Party then uses a parsing tool to read all data and present it to employers as anonymised information, searchable by attributes such as previous job titles, degrees and skillsets.

Only when a person is interested in a job opportunity does their profile get fully revealed to the potential employer.

“Recruiters still have done the job of vetting candidates and if the employer likes three candidates, they can ask for their profiles and state what they will pay if they hire that candidate,” Walczak said. “So employers can set their own fees.”

Walczak said on average, the rates paid via Search Party’s marketplace are 8 per cent, compared to the normal industry average of 20 to 30 per cent.

“An employer puts a value on it, and the recruiter does the job they normally do, but it’s all done online and to an employer at a much cheaper rate. It’s about high-paced recruitment,” she said.

“From the recruiter’s point of view, they’re getting inbound leads, versus their normal situation of outbound leads. Recruitment is currently very high-touch work, with individuals spending 24 to 36 hours working a job. This way, they will make less but can do 5-6 per day, improving profit margins.”

It’s the wealth of data generated online that Search Party will use to provide a range of value-added services to users of the site.

One new offering being tested is a ‘ready to move’ indicator, which looks at data from the 15 million CVs currently loaded onto the site to determine the various factors that show someone is ready for their next job.

“That helps recruiters identify those at a point where they are more likely to jump ship than others so they can then prioritise these,” Walczak said. “We’ll continually update the algorithm from our candidate data, and we’ll plug in other factors.”

From January, Search Party will also be encouraging candidates to sign up to the marketplace directly, strengthening its data pool, she said. Search Party’s acquisition of JobAdvisor in July also brings in new capabilities based on the reviews and feedback candidates have given on their suitability to job placements.

“This will help us tell an employer if they are an X per cent cultural match for them,” Walczak said.

The rapid development of Search Party’s digital offering isn’t the first time Walczak has worked in either a startup or in digital delivery. She started her career at Google in the US in digital marketing, before coming to Australia to complete an MBA. From there, Walczak worked for five years on insurance brands, then was recruited by highly successful Australian software company, Atlassian, to head its demand gen efforts in San Francisco.

After moving back to Chicago, she joined BCN as VP of marketing, then consulted to startups across various industries and size. She then reconnected with Search Party CEO, Ben Hutt, and agreed to head up the startup’s global marketing function as its first CMO, overseeing teams across the US, Canada and Australia and liaising with Europe from her Chicago base.

The appointment coincided with the decision to create an online recruitment marketplace.

“This year, it’s been about gaining traction and proving marketing to be a conversion funnel for the teams. We’re focused on branding and usability, and what is the best way to explain the product to audience, as well as how we nurture people through the funnel,” she said.

Initial priorities for Walczak included looking at marketing holistically and the customer journey from beginning to end.

“The first thing was about low hanging fruit – setting up programs I know that work to get some quick wins so we could establish a base line, then focus on things we need to learn more about,” she said.

“I reviewed our cost per click tactics. Then I focused on looking at the conversion funnel in detail and prioritising those things that drive a significant impact, and worked with the CTO and CEO to prioritise those efforts.

“Now we have steady leads coming in and the marketing side of the machine is working, we want to make sure people come through the funnel as efficiently as possible.”

Walczak also spearheaded a brand refresh, as well as recently worked with the engineering teams on a user experience update. Candidate experience will also get an overhaul this year. She said she’s always had involvement in product development side as a marketer.

“What has changed is marketing has become more data and conversion focused,” she commented. “Because of this, we’re having conversations more as peers with our technical counterparts in the business. Today, we look at behaviour and make decisions based on data and there is less ambiguity now. So I feel the marketers and engineers work better together as you can show impact, success or failures.”

A recent data exercise for Walczak was tying in product behaviour data into marketing activity. “That means I can tweak down to keywords I advertise on using small things, because I understand how the users go through the journey and will and won’t convert,” she said.

“But it’s not just instantaneous things - the more you get into this, the more trends emerge and that makes you both a better marketer as well as a more efficient business.”

But should everything be about data, or is there a subjective element as well?

“There’s a constant struggle between objective and subjective, but that’s what is fascinating,” Walczak said.

Another constant battle is between short-term versus long-term balance. “In a startup, and a fast-moving industry, you have to be agile and have a short-term impact, but you also have to bring long-term thinking through too,” Walczak said.

“Short-term, for example, is tweaking on conversion. Then we have a long-term strategy , and acquisitions strategies might not give us that long-term end.”

Whatever the current focus and job, all of it requires creativity, Walczak said.

“Data is there but it has to be integrated and we have to come up with the ‘so what’,” she pointed out. “Look at patterns, trends but use those to understand what it means, implications and opportunities it presents.

“You can’t expect to get outcomes without one or the other.”

Read more of our CMO profiles: