Why marketing analytics is not about ROI calculation, but innovation

Analytics evangelist and Melbourne Business School marketing professor, Ujwal Kayande, shares his view on the state of analytics in marketing and why big data doesn't replace old ways of thinking about data 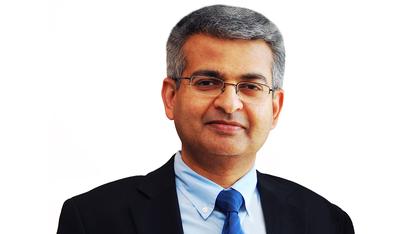 The emphasis on data analytics to explain marketing’s ROI could be stifling innovation and the CMO’s role as business growth strategist, an Australian analytics evangelist claims.

Ujwal Kayande PHd is a professor of marketing at Melbourne Business School (MBS), and noted authority on the subject. He started teaching ‘marketing science’ and ‘marketing engineering’ in the 1990s, when the emphasis was on creativity rather than numbers. Since then, Kayande has taught analytics and marketing strategy at business schools globally including the Wharton School, Penn State, Mannheim and ESSEC. He has also advised on analytics practices for leading brands including Coca-Cola, Merck, IBM, DuPont and Vision Australia.

Earlier this year, Kayande became the director of MBS’s Centre for Business Analytics. The centre is sponsored by several bluechip organisations including SAS, Telstra, Deloitte, AT Kearney, Suncorp, Wipro and Woolworths, and offers a one-year Master degree aimed at fostering the next generation of business savvy analytics gurus.

“To be successful today in marketing analytics, you need to be ‘trilingual’ – you have to be able to speak technology, maths and business problems, which is the goal at the end of the day,” Kayande told CMO.

“If I look at what’s really changed in the last 20 years, it’s the technology part. Maths hasn’t changed, nor really has business – there were business problems then and there are problems today. We collected data in different ways then too, but technology has enabled a very different type of data to be collected in real-time, and solutions to be offered in real-time.”

The problem is most of us like anything that’s new, so we’ve have latched on to big data as the latest be all, end all of data analytics – to our detriment, Kayande claimed.

“Focusing on the size of the data, new technology or new hammer being applied to the data is the wrong focus,” he said. “The focus has to always be on the problem being solved. It doesn’t mean organisations are doing it, however.”

Kayande will be speaking on the rise of marketing analytics and the pitfalls it can also present CMOs at the World Marketing and Sales Forum Melbourne in November.

One major concern for Kayande is today’s emphasis on analytics to calculate the ROI and impact of every marketing activity being undertaken.

“The problem is that it then forces the CMO and their team to start doing things on which you can measure the ROI, and which you can attribute clearly to your activities to,” Kayande said. “As a result, innovation starts becoming stifled.

“Real innovation, by definition, is difficult to calibrate the return on. And that’s where you start getting into some trouble, because it can lead you to a static position in the market, which can hurt you in the long run. It can make you far more short-term than long-term focused.”

Unless marketers use analytics to fuel innovation, and are willing to take a risk on ideas about what new products can be offered, or the market reach and opportunities available to them through new ventures, they won’t achieve the business leadership position they deserve, Kayande said.

“Marketers should be able to guide where demand comes from in future,” he claimed. “They should be able to map out the growth strategy of the firm, which is far bigger than working out the ROI of a particular digital channel.

“Growth strategy means thinking about which new markets to enter, and what risks are associated with it. It’s a very different conversation, but it’s one that should be led by CMOs, not this focus on being a reporting mechanism.”

To counterbalance the emphasis on short-term metrics, Kayande advised marketers to start thinking about a proportion of their activities that must be measured clearly on an ROI basis, then setting aside another portion that can be dedicated to more innovative activities.

“That comes down to senior leadership, but it’s what allows the CMO to be innovative and to explore new markets, products and ideas,” he said.

The chicken and egg problem in analytics

Another glaring red flag for Kayande around analytics in marketing, and one he said most people still don’t recognise, is the problem of causality.

“There’s a bunch of data marketers are using to work out what decisions are best for the future. They make decisions that then generate the data, which is then used to guide those decisions, which are in turn used to generate more data, and as a consequence, there’s this spiral,” he said.

“In fact, part of the reason why you observed the data you observed is because of the decisions you made that generated the data you’ve collected. It’s a very serious chicken and egg problem that most marketers don’t even recognise - what they are attributing to certain causes is not necessarily a result of the causes they’re attributing outcomes to, but because of decisions they are making themselves.”

As an example, Kayande pointed to the cyclical nature of huge car sales in the month of June each year in Australia.

“That’s not because customers decide on 1 June that they suddenly want to buy a car. The reason is that June is the month dealerships offer cars at a discount,” he said. “The decision to give those discounts is creating that huge boost in sales.

“This is the least serious example of this problem, and there are a bunch of others of this.”

The only way around the problem of causality is to conduct experiments, “which marketers are loathe to conduct”, Kayande agreed.

“They make decisions on the wrong conclusions and that’s somehow seen as better. It’s an interesting paradox,” he said.

“Some of the smartest marketers, especially those technology enabled ones, are constantly doing experiments as they recognise this problem. We don’t often see this as customers, as we are not aware we are one of those experiments. But it’s the only way to establish causality.

“It’s not so much about being perfect, it’s making sure we are not absolutely wrong, which in many instances, we are.”

For someone who has dedicated the last 20 years to the important data analytics, Kayande is also remarkably circumspect on being purely data driven.

“As in most things in life, triangulation is very important,” he commented. “You need to iteratively go through data, use your brain, go to data, and so on. It doesn’t matter wherever you start, as long as you do both.

“The value you add as a marketing manager is to go to that next step of saying ‘here is all the evidence, now there are three different decisions we could make, each with certain level of risk and on balance, I’d like to take this way forward’.”

With so many different data sets now at their disposal, marketers are nevertheless spoilt for choice when it comes to utilising data insight for action.

Kayande saw Web and text analytics as sophisticated areas of analytics today that have opened new areas of innovation for marketers. He tipped video analytics as the next wave of data to drive the future. But he warned against abandoning old and successful ways of gauging customer views just because something newer has come along.

“I’m a great believer in having a variety of different metrics that have to be fit for purpose, and you’ve got to be purpose driven,” he said. “For instance, I don’t think surveys or focus groups will disappear. What’s interesting is that to understand the impact of big data, people are doing surveys.

“It’s just we have newer and newer tools to address the problems we want to address. We’re in an exciting time with new things happening, but the old things don’t necessarily die.”

Another way Kayande is working to secure a stronger and more business-led approach to data analytics is through the new Centre of Business Analytics at Melbourne Business School. The Master of Business Analytics program kicked off in January and has already attracted a broad array of students from actuarial studies, maths, statistics, science, IT and engineering.

To ensure students apply their analytical skills to real-world business problems, every Friday of the one-year course is spent on career development and personal effectiveness. All students also have the opportunity to work on projects inside corporates.

“Our goal is to produce these trilinguists,” Kayande said. The course has proven so popular, one project sponsor may offer all three students working in their environment full-time jobs, he said.

“They’re bright and have the technical skills, but they also have the social smarts to work in organisations and that is the value-add,” he added.