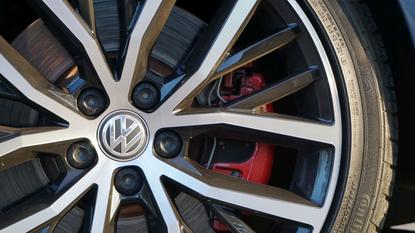 Volkswagen’s emissions scandal has wiped US$10 billion off the company’s brand value and could knock the German nation brand off the top of the world’s strongest brands list, according to Brand Finance.

The VW scandal, which broke in the US earlier this month, centres around software used within its engines that tells each car to go into ‘clean mode’ when it detects the car is being tested for emissions.

The “defeat device”, according to the US Environment Protection Agency’s violation letter to Volkswagen, features in several models of Volkswagen vehicles built between 2009 and 2015 and Audi A3 models from 2010 to 2015. That letter prompted VW to admit these vehicles were actually polluting 10 to 40 times more than government agencies thought.

According to latest reports from Volkswagen, the software could affect as many as 11 million cars worldwide. As a result of the scandal, Volkswagen’s CEO, Martin Winterkorn, has stepped down, and the company has pledged $10.21 billion to help cover the costs of the revelations, but reports suggest the fines could well exceed this figure.

Brand Finance, a UK-based brand valuation and strategy consultancy, said Volkswagen’s brand value prior to the scandal sat at US$31 billion, making it the world’s third most valuable automobile brand after Toyota and BMW. This was also a $4 billion rise year-on-year.

However, it has already lost one-third of this value since the scandal broke.

“The developments of the last few days will undoubtedly send this trend into reverse, resulting in $10 billion in lost brand value. The apparent ease with which the company’s activities were uncovered makes it all the more astonishing that VW was willing to endanger its most valuable asset,” Brand Finance CEO, David Haigh, commented.

“The very future of the VW brand is in doubt.”

“It did not exceed the previous peak until 2014, when brand value was US$34.9 billion, increasing slightly to US$35 billion this year,” he said.

“On first assessment, it appeared that Volkswagen might escape such severe brand damage. Toyota’s errors led directly and visibly to fatal accidents while Volkswagen’s alleged activity may also pose a threat to life, but in a less immediate way.”

However as the scale of VW’s deception widens, Haigh predicted the company may face crisis on an unprecedented scale.

“The cost of recalls and fines could be far more significant than those Toyota faced, while the apparently deliberate nature of VW’s actions compounds the impact on its credibility,” Haigh said.

“Its sins of emission are sins of commission. This sits particularly badly with Volkswagen’s brand identity which is founded on reliability, honesty, efficiency [both efficiency of production and fuel economy] and more recently, for environmental friendliness via models such as the Polo Bluemotion and XL1.”

Any hope of recovery will come down to VW’s ability to investigate the source of the allegedly nefarious activity, and identify whether it is confined to a particular division or series of ‘bad apples’, Haigh said. This then needs to be clearly communicated to avoid contagion.

“It must ensure that this type of activity cannot take place again and through multiple communication channels, from official statements to advertising campaigns, continue to emphasise the brand’s green credentials and commitment to mitigating the effect of the industry on the environment,” he commented.

Haigh also foresaw an impact on the reputation of the German national brand, and in particular, its business culture.

“That such an iconic German brand, the ‘people’s car’, could behave in this way threatens to undo decades of accumulated goodwill and cast aspersions over the practices of German industry, making the Siemens bribery scandal appear less a one-off than evidence of a broader malaise,” he claimed.

“With reports that BMW has been implicated too, the damage to Germany’s nation brand could become critical. Nevertheless, Germany’s status as the world’s most powerful nation brand is under threat, and nation brand value could be set to fall when the results of our 2015 study are revealed next month.”

- with extra reporting from Lucas Mearian. Follow CMO on Twitter: @CMOAustralia, take part in the CMO conversation on LinkedIn: CMO ANZ, join us on Facebook: https://www.facebook.com/CMOAustralia, or check us out on Google+: google.com/+CmoAu