How Amcom built its brand in higher education with marketing automation 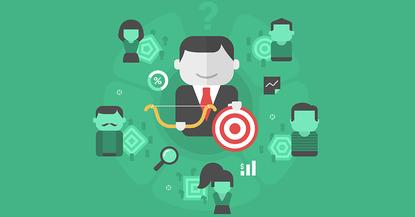 Taking an emerging technology offering to market as a marketer requires a serious education focus. But add in an academic and non-IT influencer audience, low brand recognition, and a relatively unknown prospect list, and you’ll start to understand the challenges Australian telecoms provider, Amcom, faced when it took its unified communication into the higher education sector.

Amcom Cloud Collaboration is a unified communications (UC) offering based on Cisco technology. The company had been chosen as a preferred partner for Australia’s Academic and Research Network (AARnet), which acts both as a network provider and technology broker for 38 universities and the CSIRO nationally, and was looking to take its cloud offering to the higher education sector.

To do so, however, the marketing department faced a number of challenges, Amcom’s GM of marketing and customer experience, Jon Amery, told CMO. The first was low brand recognition and customer engagement compared to many of the established telcos it was competing against.

There was also limited market knowledge of the UC product, which had been in market just 18 months at the time, Amery said. In addition, a prolonged 12-18 month sales cycle involving multiple stakeholders and decision makers, many of which were not known to Amcom, had to be factored into the marketing strategy.

While existing network technology is usually only relevant to the infrastructure buyer, UC is employed on a day-to-day basis across businesses, swelling the list of influencers and decision makers.

“For unified communications products, there are a lot more stakeholders in the business with more requirements around using the platform,” Amery said. “So there are lots of influencers and decision makers to address, and no typical tech buyer buyer.

“We didn’t have that nice, clear understanding of who was influencing and who made the UC buying decisions for these universities.”

Amcom had to throw a wider net, then refine down by campaign to see who was interacting and who were the influencers and decision makers, Amery said.

“The traditional approach of nurture and content was vital. But these academics read content every day, all day long, so just skimming the surface with content wouldn’t work for them,” he said. “Senior executive influencers and decision makers are also inherently harder to reach, time poor, and are experiencing content overload while engaging with a diverse mix of target media as well. Then there were non-IT decision makers to consider. We had to build quality content to engage with them.”

Amery said Amcom’s marketing team identified two target audiences: Direct names known on existing lead lists, such as the CIO; then unnamed targets, which it would look to acquire and identify through campaign activity. From there, Amcom employed two campaign strategies and its Marketo marketing automation platform to create and manage a program of activity.

“We knew we needed great content, then to engage that audience with that content,” Amery said. Amcom commissioned Frost and Sullivan to do a host of CIO interviews and survey across higher education and create a benchmark report on the UC lifecycle in that sector. It then produced whitepapers, infographics and snackable insights around the findings.

From there, Amcom invited leading decision makers to a series of peer-to-peer events across the country, organised by IDG*, to discuss the findings as well as showcase insights from QuT futurist, Michael Rosemann. Content generated off the back of these events, along with case study material from Melbourne University on using UC, provided further fodder for the hub.

This content also formed the basis of a nurture stream for prospect customers using marketing automation, he said.

“We created a basic nurture funnel,” Amery explained. “We had a research hub, co-branded with Cisco, QuT, Melbourne University, Frost and Sullivan and Aarnet, which we’ve been using to drive users back.”

To tackle unknown prospects, Amcom ran a four-week media buying component as part of its marketing program through The Australian, advertising around a series of exclusive content pieces from its own research, in the paper’s digital and print Higher Education section. On top of this, a six-week LinkedIn campaign using in-mail and display advertising also utilised content to generate further leads.

Within the marketing automation platform, Amcom was then able to rank and lead score individual prospects based on their engagement with the hub, as well as interactions via other channels.

“We did some remarketing back to those people to drive them back online,” Amery said. “This was part of a full nurture campaign to engage with the hub.”

A nurture campaign using marketing automation kicked off with a series of four emails initially, all aimed at directing readers to the gated online hub. Each target was scored based on their level of engagement, helping to determine which leads were passed through to the activation stage and treated as sales prospects.

Amcom had skip logic built into the automated campaign, so if a person came back into the hub and opened specific content, they could be skipped out of any subsequent EDM nurturing, or only sent content they hadn’t clicked on, Amery said.

“This ensured everything we sent to prospects was relevant,” he said. “We then used that to aggregate the score across each of the universities, how many people and who engaged with this, looked at appropriate leads, and then nurtured them across all interactions.”

During this time, Amcom identified an average of 8-9 decision makers across the 39 universities were engaging five or six times through various channels and content. This could be opening EDMs, going to the hub and even sending invites to other people to drive others to the online content portal.

“We were able to build this nice picture of who the decision makers and influencers were, and how much they were engaging across each of these institutions,” Amery said.

The program was created and conducted over a four-month period and took people right through to demonstrations of the product, allowing marketing to provide sales with a list of highly interested people to follow up with.

In total, the activities generated 678 marketing qualified leads across the 39 institutions. From that base, Amcom had face-to-face engagement with 90 leads across 24 institutions and an average of nine people per university. The LinkedIn campaign, meanwhile, generated more than 5100 clicks to content.

Throughout its Marketo nurturing campaign, EDM campaign open rates focused on content were about 36 per cent, significantly higher than the average telecoms industry open rates of 5 per cent, Amery said, with a 12 per cent average link click-through rate.

“It showed we had qualified an audience, produced content and used marketing automation to only drive relevant content to that audience, and over a third were engaging with our EDMs,” he said.

Other metrics used to weigh up success were cost of marketing qualified lead, number of leads generated, and engagement with content. In all, Amery claimed the program of work exceeded ROI expectations by 50 to one.

“Through this, we’re able to go back and say that when a sales person makes a call to that prospect, he knows he has an engaged audience,” he said. “They know our brand, are a credible lead, know the product we offer and details.

“There is no way we could have managed this level of complexity without marketing automation.”

*Disclosure statement: IDG is the parent company of CMO Australia.