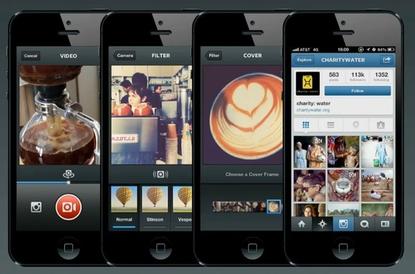 Instagram is looking to open up more ways for brands to increase awareness and drive targeted audience interactions off the back of its growing and highly engaged international user base.

Speaking at the Salesforce Dreamforce conference in San Francisco, Instagram’s brand development lead, Patrick Workman, said that when the world’s second-largest social media platform first rolled out its advertising business, it started on a very small scale, reviewing every piece of creative to ensure it was native to the experience but also added value to what the users were experiencing.

“Because of that, we found people’s response to ads was very positive,” he said. “Instagram isn’t about disruption, so it was important that when starting out to make advertising on the platform still native to the experience.”

In the past 18 months, Instagram has launched over 400 campaigns and Workman claimed 97 per cent of these had seen a significant lift in ad recall.

“This is partly because of the immersive experience of seeing your Instagram feed and that it is easy to stand out on the homepage,” he said.

The company is now looking at further ways to provide more targeted advertising opportunities to brands based on its connection with parent company, Facebook.

“To date, we have offered pretty broad advertising capabilities, which are age and gender, and we are opening that up further by being part of the Facebook family, which enables us to access an amazing treasure trove of data,” Workman said. “This really lets our brands reach the right audience at the right place, at the right time.”

According to Workman, the key to leveraging Instagram as a marketing tool is not only about creatively capturing that perfect moment in time, but finding ways to express your brand’s point of view visually.

“What we ask our advertisers to do is think about how you want people to really feel about your brand story and create and share images that can visualise that point of view,” he said.

“For example, Earth Snowboards used Instagram effectively to make people aware it’s not just a winter or snow organisation, but actually sells things for all seasons, like its durable good lines. The company wanted to showcase it was more than just a winter-based company and was moving to an all-seasons lifestyle brand. The Instagram campaign worked really well in terms of opening up the brand to new audience.”

Another brand successfully leveraging Instagram is Mercedes-Benz, which promoted a new entry-level vehicle by utilising the hashtag #thingsorganisedneatly. The campaign asked people what they would pack on a weekend road trip in the back of their car.

“The results were images from people that really stood out within the Instagram community,” Workman said. “Mercedes-Benz was able to achieve its goals in terms of a 14-point lift in ad recall for the campaign. It was also the first time a brand had used Instagram first for an awareness campaign, in the first four weeks, before rolling out a Facebook campaign afterwards.”

Creatives are also challenging what can be done on Instagram, Workman said. One example is Jameson, which used the border and auto-video functionality to create a 3D moving graphic of a drink being passed to a consumer through their phone. A new swiping mechanism also allows brands to tell stories through images in more engaging ways.

“These new functionalities all give the ability for the customer to learn more about you, and for you as the brand, to really be able to tell a story throughout a new and exciting concept,” Workman said.

Having chalked up such positive responses, Instagram is now going full throttle in launching direct response advertisements on the platform, Workman said.

“We want to ensure marketers reach their unique objectives,” he added. “Whether it is driving traffic to a website, increasing mobile app activity, or get video views, we can do that. We have also made it easier to purchase through our advertisements directly.

Building an engaged audience base

With more 300 million users worldwide, Instagram has become a digital must for consumers look to capture and share life’s moments. Every day, users upload about 70 million pictures generating over 2.5 billion likes. Specifically, Workman said 61 per cent of young millennials in the US access Instagram seven times a day. Instagram is also seeing its global footprint increasing substantially, with more than 75 per cent of active monthly users residing outside of the US.

“According to Nielsen, 1 in every 5 minutes spent online is either spend on Facebook or Instagram, so to put it in perspective, that time spent is greater than the other top 10 mobile social platforms combined,” Workman claimed.

Instagram is also becoming a powerful tool for inspiration, and Workman pointed out 40 per cent of the content people typically follow on Instagram are from accounts they have never met in real life. “Interestingly, 54 per cent of accounts people follow on Instagram aren’t reciprocal, so there’s no follow-back effect occurring,” he said. “This makes it more of an interests-based platform, where people can find things they really care about and also discover new people that are going to inspire them that have shared interests and passions.”

- Azadeh Williams attended Dreamforce as a guest of Salesforce