Want to master digital transformation? Stop thinking about your own problems

Former Lonely Planet executive calls on organisations to put the spotlight on the customer, not their own internal systems 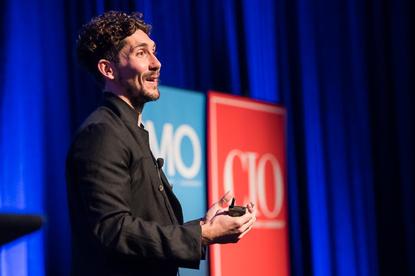 Organisations looking to truly embrace digital transformation must stop focusing on their own internal problems and systems and concentrate on meeting their customers’ needs.

Speaking at the joint CMO, CIO magazines and ADMA Executive Connections event, entitled ‘Mastering Digital Transformation’, former Lonely Planet executive director and innovation consultant, Gus Balbontin, shared the challenges of digital disruption at the travel publishing business and the customer, operational and strategic lessons that must be learnt to cope in a digital age.

Once heralded as the first point of call for any traveller to plan their journey, Lonely Planet struggled to maintain its competitive edge and profit margins as digital disruption triggered a major shift in the media industry. At the same time, the need for change was compounded by socio, political and economic forces, he said.

“Taking a look at our website in 2002, we had been going at it for six years and were clearly ahead compared to TripAdvisor, who had only been going for six months,” he said. Fast forward to today, and TripAdvisor is worth over $11 billion, but Lonely Planet sold a few years ago for $75 million.

So what happened? According to Balbontin, the problem was that Lonely Planet focused too much on its own problems – selling more books – instead of its overall mission: To make it easier for more people to travel.

“People stopped buying books, bookstores were going out of business and new competitors were entering the market and the customer expectations were shifting,” he told attendees. “There was a lot of change and we could just not keep up.”

From the outset, Lonely Planet focused too much on its own problem of pushing books, and forgot about the customer’s problem, which was finding good travel recommendations.

“It’s like wanting to sell music, but just focusing on producing and selling cassette tapes,” he joked. “Or Kodak’s problem, which was to sell more film, without addressing the real customer problem, which was how to capture life’s moments and share it. If they had focused on the customer problem early on, they should have come up with Instagram. But they never came up with that because the KPI and business incentive was too invested in creating and selling film.”

TripAdvisor on the other hand, got it right from the outset because it was chasing the customer, he said.

“They were all about selling the travel experience, tourism, hotels, attractions, information, resources, reviews, flights as well as a host of relevant books,” he added. “The customer had problems, lots of them, and these guys with no legacy, and not investment behind them, focused on trying to fix the customer problem.”

Another factor preventing innovation was that Lonely Planet was owned by the internal systems and infrastructure it created in the name of producing books.

“Our first apps looked like books in mobile form,” he said. “Why? Because we had a book-making machine, so anything we put into it would come out looking like a book.”

In an age of almost constant disruption, you need resources and you need money, but most importantly, you need to be resourceful, Balbontin said. He advised encouraging teams by setting up an operational strategy that allows the business to be constantly agile and adaptable to shifts in the marketing landscape.

“With disruption, we tend to point the finger a lot, but it’s important to remember failure is not opposite of success,” he continued. “Failure is the path to success. You need to be courageous to pitch your ideas and be open to judgment or even ridicule. Because that is how innovation works, it is a game of volume and it is a game of resilience.”