6 lessons from startup culture on how to innovate

StartupAus CEO, Peter Bradd, shares his tips on how you can bring a more entrepreneurial flavour into your innovation efforts 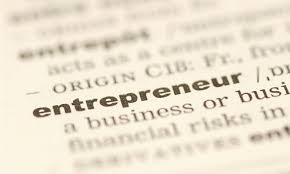 One of the biggest challenges faced by marketers and established organisations today is how to innovate and adapt to the changing needs of customers, as well as the digital environment.

An increasingly popular way of overcoming such risk aversion and improving innovation is trying to adopt the cultural mentality of a startup.

During Salesforce’s Future of Marketing forum in Sydney, StartupAus CEO, Peter Bradd, shared several lessons and observations from entrepreneurs that he uses when working with more established players to help improve the way they innovate.

One thing startups have in common is a lack of significant resources such as technology, data or even business plans, Bradd said. As a result, many rely on regular interactions with customers for product ideas and improvement.

“The only thing they can do is go out and speak to customers and get their insights on what their problems are and how they can solve them,” he said. “As a result, many are collecting customer feedback from day one.

“Across the big companies I’ve worked with, however, most don’t start with customers, but what their leaders are saying in speeches, or what their previous results say. They don’t get out of the boardroom. That’s the number one differentiator.”

Experiment, then experiment some more

Entrepreneurs are experimenters. What’s more, they often don’t have the answer to the problem that needs to be solved.

“They don’t know how to get from the ‘here’ to the future,” Bradd said. In addition, startups don’t have legacy business models or careers to protect, they just have an idea or two they’re trying to make happen. This makes experimentation an imperative, he said.

As a way of achieving this, Bradd pointed to the ‘effectual thinking’ principle identified within startup organisations by the Society for Effectual Action. This is where you have a series of ‘given means’, and you take those forward without knowing how it ends or the goals you need to meet, Bradd explained.

“Normally, businesses will have goals and a number of ways to go about hitting those goals, and while they sometimes hit them, sometimes not, they’ll always orient around that goal,” he said.

“Startups have an opposite approach to experimentation, which gets them to a new space and change. And while they’re experimenting, they also keep talking to customers.”

Startups are also focused on doing things that scale. As an example, Bradd highlighted digital accommodation community, Airbnb, which gleaned an early insight from its customer base that listed properties with professional photos were getting better traction with consumers than those that didn’t.

“The founders bought cameras from a camera store and started going to people’s houses, taking photos,” Bradd said. “Now, Airbnb is the largest employer of photographers worldwide, and it’s just part of their business model and that they have to use.”

Like startups, established organisations should increasingly look for people to partner and collaborate with, and who’ll go on the innovation journey with them, Bradd said.

“The successful entrepreneurs will take partners,” he said, comparing this to a patchwork quilt, which features many pieces of material created by different parties and sewn together as a community.

“In Australia particularly, big organisations think they have to do everything themselves and build, build, build,” Bradd said. “You can borrow and you can buy. This helps you to move forward quicker, and change more quickly. If it’s wrong, you can cancel that partnership and move on. If you build it yourself, you will have that cost and bias and you’ll feel the need to make that work, rather than finding the thing that does work.”

As Bradd pointed out, many new startups kick off in a garage and are founded by two or three people.

“As [leading entrepreneurial thinker] Steve Blank says, you need to be able to feed your team on one pizza,” he said. “Big organisations I have consulted to will have 20 people in a team, with $2 million in funding. All of a sudden, you can’t do things in an experimental way because there are too many people. From day one, try to reduce your team size.

“There’s also less pressure on the team to get the same level of returns. If you have $2 million being spent, there’s pressure to return what is acceptable off this from the start. If you get incremental funding, the way a startup is funded, and gain more funding as the idea gains traction, you will have a more agile way of moving forward.”

Don’t put all your eggs in one basket

“Startups try a number of different business models at the same time,” he said. “This helps you to identify which is the most successful. It’s again, about an experimentation mindset, and going on and validating in a scientific way.”