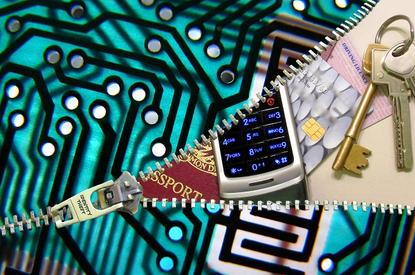 The Australian Taxation Office is set to deploy Nuance’s voice biometrics solutions across its call centre, in order to build stronger customer relationships with taxpayers while enhancing authentication.

The ATO receives approximately nine million calls per year from the community, with about 75 per cent requiring an ATO agent to verify the caller’s identity. In addition, the ATO expects to receive more than half (4.3 million) of these calls within its four-month peak tax period between July – October 2015.

Prior to bringing on voice biometrics, customer calling to conduct a transaction with the ATO would be asked to go through an authentication process involving several steps. This put pressure not only on customers to provide personal details or have the correct documentation in front of them, but also on the ATO’s call centre agents, who collectively spent approximately 75,000 hours each year just trying to verify customers over the phone.

To solve this, the ATO chose to deploy Nuance’s voice biometrics solutions, in partnership with Optus, an existing managed network services provider.

The first installation of Nuance’s VocalPassword solution was completed in September 2014 and allows customers to speak a simple passphrase to verify their account. In April 2015, the ATO completed its second phase of deployment and implemented Nuance’s FreeSpeech solution. This was a first of its kind deployed in Australia that verifies customers during inbound and outbound calls, without intrusive questioning and therefore providing a seamless experience for customers.

Since September 2014, more than 760,000 Australians have already enrolled for the voice biometrics solution. Early customer feedback also indicates that the contact centre experience has improved, with repeat callers experiencing a 40-45 second reduction in the average time that they are on the phone with an agent.

Already, there have been more than 480,000 successful VocalPassword verifications and over 104,000 successful FreeSpeech verifications upon the Australian public’s use of the system. On top of this, within the first 12 days of the FreeSpeech release, total FreeSpeech enrolments were 25 per cent of the volume of VocalPassword enrolments for the previous eight months, highlighting the simplicity and seamless nature of the system.

“With Nuance’s voice biometrics solutions, we have introduced a secure, fast and easy way to verify a customer’s identity, providing a greatly improved experience for our customers and for our staff,” said ATO acting deputy commissioner, John Dardo. “The streamlined authentication has allowed the ATO to quickly boost call completion rates, while also improving customer security. Customer and staff feedback has been very positive and they see this as another example of us delivering contemporary client experiences.”

Executive vice-president and general manager for the enterprise division of Nuance, Robert Weideman said the customer experience is at the core of Nuance’s voice biometrics technology, a premise which aligns perfectly with the ATO’s organisational goals.

“Using Nuance’s voice biometrics solutions, the ATO has been able to greatly improve its customer service experience, while reducing costs and delivering an authentication process that eases the burden on both customers and service agents,” he said.

Recent data from Opus Research shows the voice biometrics authentication market is poised to grow from $200m (2013) to $750m globally in 2017.