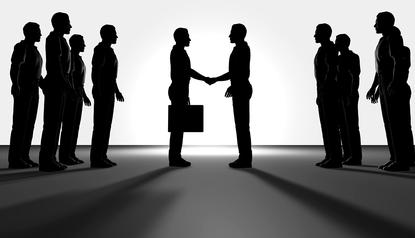 The acquisition is being undertaken by its Velocity Frequent Flyer division and will see Torque Data integrated fully in the customer loyalty program business.

In a statement, Virgin Australia’s CEO, John Borghetti, said the acquisition was about helping grow its customer loyalty program in one of the world’s leading offerings.

“Torque Data is a leader in the data and analytics field, with clients across a number of different industries, including media, consumer goods, financial services, travel and telecommunications,” he said.

“Torque Data will enable the Virgin Australia Group to significantly expand its data analytics and campaign automation capabilities, supporting the accelerated growth of the Velocity business by enabling us to deliver more value to members and partners.

“The acquisition also provides another revenue diversification opportunity for Velocity and the Group, as it will enable the business to offer data analytics, campaign automation and consultancy services to third parties.”

Virgin Australia’s decision to acquire a data analytics business comes as its rival, Qantas, expands out its customer analytics capabilities through its Red Planet data management business. The B2B practice was launched out of Qantas' Frequent Flyer business last September and provides media buying, analytics and research services to clients and program partners as well as internal business units.

Virgin is also following in the footsteps of other Australian brands actively building their own internal data analytics practices such as Woolworths, who acquired a non-controlling stake in data consultancy, Quantium, in 2013.

Torque Data CEO, Oliver Rees, said he was thrilled to be joining the Virgin business.

“Velocity has a strong growth trajectory and has been recognised around the world for its innovative initiatives in the loyalty space. This is a fantastic opportunity for us to grow Torque Data’s capability to service our existing clients while adding value to Velocity and the Virgin Australia Group,” he said.

Earlier this week, Virgin also confirmed Karl Schuster as the new CEO of its Velocity customer loyalty business. He was most recently the president of Asia-Pacific for AIMIA and takes up the post from 1 October.

Schuster was the MD of Carlson Marketing Group Australia and New Zealand between 2001 and 2006 before being promoted to a regional role in 2006. Following the acquisition of Carlson Marketing by Aimia in 2009, he was responsible for the developing Aimia's business in Asia. His resume also includes 10 years with the Ogilvy Group.