How Australia Post is improving test-and-learn around customer products 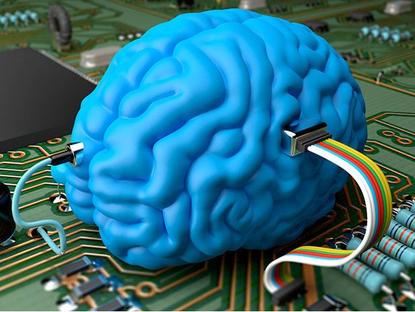 In the race to get new products and services out to customers, compromise can be inevitable. But when those compromises impact usability and customer satisfaction, any advantage gained from rapid release can quickly be lost.

Australia Post believes it has found a way to operate a rapid release cycle while maintaining strong usability. Working in conjunction with Melbourne-based testing specialists, Bugwolf, the company has decreased its testing cycle times and improved usability by accessing a pool of vetted usability testers from around the world.

“Here at Post, we are very customer-centric and absolutely care about what the customer thinks of our products and services,” said Australia Post’s general manager for digital channels and innovation, Steve Maidment. “But in the development stage of a product it is really hard to get real-world testing.”

Bugwolf works by recruiting and vetting freelance usability testers globally, who are incentivised to use the services they are testing in real-world situations. While Maidment said Australia Post continues to use traditional lab-based scripted testing, Bugwold has enabled Post to pick up usability problems that might not other surface.

“With innovation or a new feature you are really trying to tease out the unknown, and the unknown can come in many forms,” Maidment said. “What’s great about Bugwolf is it allows us to actually do testing on the glass – so on a device – and allows us to get the testing done by real users in real situations.”

One example was uncovered in its testing of the Australia Post Apple Watch application, which has been designed so that users can open parcel lockers by having the locker scan a barcode on the Watch’s screen. Testing through Bugwolf, however, revealed that tilting the user’s wrist can turn off the display, rendering the barcode key ineffective.

“We were able to recruit people who had Watches on the day it was released, and test them in real world situations,” Maidment said. “That was one example. But there were a number of things that we picked up on. We would normally have to wait a few weeks for penetration to get out there before we got feedback, but with these guys we were able to get that feedback really quickly.

“Within 24 hours we had a number of things that were surfacing that were more an issue of behaviour rather than bugs that we hadn’t seen before.”

Read more: Apple Watch: A billboard for ads on the wrist?
Apple Watch: Must-have customer app or another gimmick?

Because Bugwolf’s testers are freelance and located across multiple timezones, they will work at night and across weekends, effectively compressing the testing timeframe and ensuring products and services come to market faster.

“We get a lot larger test coverage in a smaller amount of time that we would with traditional methods,” Maidment said.

Bugwolf founder, Ash Conway, said the idea for his company’s service is an evolution of crowdsourced software testing services. Currently, Bugwolf is operated as a managed service, but in the future customers will be able to use the company’s platform to access a vetted marketplace of testers directly to run their projects.

“The advantage of our model compared to others is the speed that at which we accelerate those test cycles,” Conway claimed. “So rather than taking weeks to get back to customers with their data, we are turning these things around within a couple of days, and there is a cost benefit.”

Gamification mechanics within the service also encourage testers to try out software and services in as many different situations and platform combinations as possible.

“We can get a lot more coverage over traditional models as well,” Conway said.

The company has been operating its current model for 18 months now, and has won several clients in the UK as well as Australia. Conway said the next stage is to expand Bugwolf’s presence in the UK and US markets, and is currently seeking capital.