A new type of streaming video ad could sniff out other devices on your Wi-Fi network. 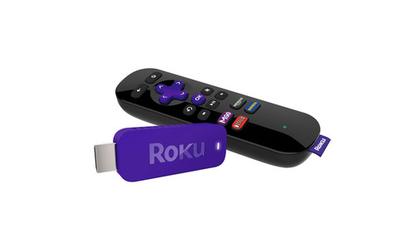 A new type of advertisement on Roku devices is raising privacy concerns among some users.

Roku is partnering with a company called Innovid to offer interactive advertisements. The ads could allow users to play a game, view current sales, or browse a retailer's catalog. CBS, Crackle, and VEVO, all of which run video advertisements in their Roku apps already, will reportedly be the first to try the new interactive ads.

The creepy-sounding part comes buried in a TechCrunch story on the new ad format (emphasis mine): "These interactive ads can also be personalized using data like a user's location, as well as by tracking information collected on devices running on a household's Wi-Fi network using traditional means," TechCrunch's report says, without any further explanation.

That line seems to imply that advertisers can see other devices on your network--for instance, which TVs, smartphones, and computers you own--and personalize its ads accordingly. But it's hard to say for sure without more details.

In the meantime, some Roku users are starting express their concerns. "I've been a huge Roku fan for the past few years, and have recommended their players to quite a few people," wrote one user in Reddit's cord cutting forum.

"I won't be doing that, and will be looking for alternatives for my own use if they don't back down on this." Some commenters in Engadget's coverage have been expression their dismay as well (though a few users seem confused into thinking Roku apps didn't have ads at all before, which certainly is not the case.)

We've reached out to Roku for clarification, but haven't heard back yet.

Why this matters: Roku's streaming media boxes have thrived in recent years, largely because users appreciate its app-selection and user-friendliness. Letting advertisers snoop through users' Wi-Fi networks would be a fine way to tarnish that goodwill, so hopefully the company can clarify what it's doing and backtrack if it's as bad as it seems.