New Airbnb tool helps hosts figure out how much to charge 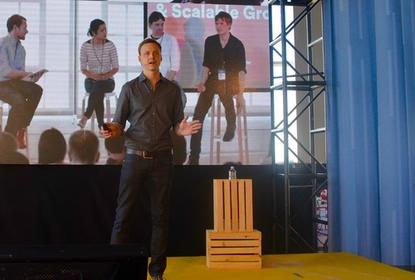 Mike Curtis, VP of engineering at Airbnb, speaking during the company's OpenAir summit in San Francisco on June 4, 2015.

Roughly half a million people now stay in AirBnB accommodations worldwide each night, double the number from a year ago. But a big question AirBnB hosts wrestle with is how much they should charge their guests.

AirBnB is releasing a new tool Thursday called Price Tips to help answer that question. It looks at a range of signals, including seasonality and the unique features a host has to offer. It also looks at demand, so if there's a big conference in town, the tool will suggest a higher price.

Price Tips can also tell a host how likely it is their property will be booked at various price levels. The tool will be available Thursday in the calendar section of Airbnb's website.

In its tests, Airbnb found that if hosts set their price to within 5 percent of the recommendation, they're 5 times as likely to receive a booking, Mike Curtis, vice president of engineering at Airbnb, told reporters at the company's OpenAir event in San Francisco.

It's the second time AirBnB has hosted the annual event, for engineers and third-party developers. Roughly 800 people attended, up from 300 last year.

Price Tips is based on machine learning and data analysis technology that AirBnB has been developing. The company sits on a wealth of data about how people search for and book places to stay, and it's only just starting to make full use of it.

On Thursday it said it will open source some of the software that underpins its machine learning system. Called Aerosolve, the software has been posted to the GitHub software repository.

AirBnB uses it for a variety of purposes including fraud prediction and ranking search results.

Last year, it began analyzing its hosts' preferences for bookings, such as if they prefer frequent but shorter stays. Now, when travelers search Airbnb's listings, the company presents results based partly on what sorts of bookings the hosts prefer.