New report shows brands are not responding quickly enough to always-on consumers even as they embrace digital, risking customer losses as a result 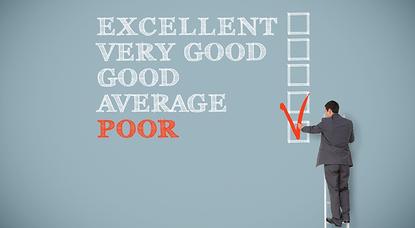 According to Accenture’s tenth annual Global Consumer Pulse Research, Australia’s “switching economy”, or the potential revenue available in the local market due to changes in consumer spending patterns and switching rates, has lifted to US$151.4 million ($198m) this year.

Globally, Accenture estimates the switching economy was worth $6.2 trillion in 2014.

More than two-thirds of consumers surveyed said the number of brands they consider has increased in the past 10 years, and 60 per cent are more likely to switch providers compared to 10 years ago. One in five Australian consumers feel very loyal towards their providers, and just 22 per cent are willing to recommend them to others.

In contrast, 40 per cent were open to purchasing products and services offered by non-traditional providers. And in a sign of support for the peer-to-peer, sharing economy, 37 per cent would consider making purchases through consumer-to-consumer channels for housing/accommodation, transportation or money lending.

The Accenture report found 88 per cent of consumers surveyed used at least one online channel when they go seeking a new provider, up from 78 per cent five years ago. In the global report, seven in 10 consumers also claimed to be making much more informed decisions about providers today than 10 years ago, and over half are listening and relying on other people’s experiences and reviews to inform purchase decisions.

However, 34 per cent of Australian consumers would consider returning to a previous provider if they offered attractive pricing and a superior product or offering. Just shy of one-third of respondents also wanted more digital interaction from products and services suppliers.

Read more: The many ways of tackling customer engagement

Accenture strategy lead for A/NZ, David Mann, claimed that while many companies have been chasing the digital opportunities, they’ve not addressed the root causes of the problems exposed as a result of poor execution.

“Companies have been focused only on ‘doing the same things better’ when these issues really require them to ‘do things differently,” he said.

Alarmingly for many Australian marketers, only 11 per cent of consumers strongly agreed that companies are effectively converging digital, mobile, social and traditional channels.

Among the top frustrations for consumers are customer service not solving an issue during the first interaction (87 per cent), lengthy hold times (87 per cent) and interacting with service representatives who cannot answer questions (85 per cent).

The Global Consumer Pulse Research was based on a survey of 23,665 customers across 34 countries about marketing sales and customer service practices, including just over 1200 Australian consumers.