Music app confirms a host of Australian brand partners for the launch of its augmented reality capabilities including Universal Pictures and Warner Bros.

The new augmented reality capability allows brands to trigger dynamic content, offers, give consumers the ability to purchase items, or to share content on a consumer’s mobile phone. The imagery is triggered by either clicking on the Shazam camera logo, or a QR code on posters, packaged goods and print media.

Its launch comes off the back of Shazam’s partnership with Digimarc last December. Digimarc produces media management technologies including its digital IDs, which are designed to enable PCs, networks and devices better link brand impressions and objects of interest. 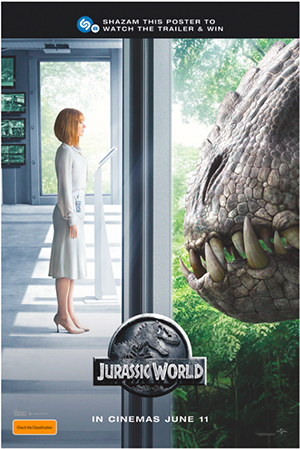 “We wanted new ways for people in Australia to engage with our upcoming blockbuster movies, Jurassic World and Minions,” said Universal Pictures marketing director for International Australasia, Suzanne Stretton-Brown. “The launch of visual functionality on Shazam is allowing us to make our movie artwork more interactive and exciting.”

Southern Cross Austereo, meanwhile, is embarking on an outdoor and TV advertising campaign using the Shazam-enabled technology to encourage audiences to engage more with content via their mobile phone.

Globally, a host of other brands have also signed on to use the new visual Shazam technology including The Walt Disney Company, Target, Esquire, The Wall Street Journal, HarperCollins Publishers, Evian and Guerlian.

“The launch of visual Shazam allows us to uniquely lay claim to the ability to make all elements of brands’ media and marketing mix clickable, via an app that as significant amount of people already have on their devices,” Shazam VP of Asia-Pacific, Steve Sos, said.

“The introduction of visual recognition is another step on our journey to extend the ways people can use Shazam to engage with the world around them,” adding the company’s CEO, Rich Riley. “For brands, we’re providing a near-frictionless way to engage customer son their mobile devices, with a single tap of a button.”

The capability will be automatically installed on a consumer’s mobile phone with the latest version of Shazam. The company claims to have more than 100 million monthly active users globally.