Digital and social transformation: From doing to being 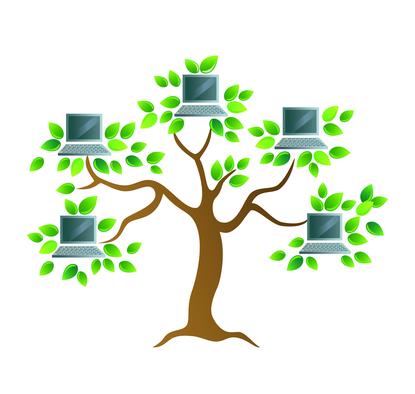 Less than 10 per cent of businesses globally have managed to build an intelligent enterprise capitalising on new technology and service capabilities, according to PricewaterhouseCoopers' senior manager of digital intelligence, Tim Lovitt.

Speaking at the recent CeBIT conference in Sydney, Lovitt said more and more businesses, both large and small, are recognising the need to integrate their operations and are now turning towards digital and social transformation to do so.

“Businesses are keen to see what value they can generate from all their activity – first digital and social – and then start to weave things together,” Lovitt said. “But the concept of intelligent business is still emerging.”

Lovitt said the shift to mobile devices is a key driver for transformation. He pointed out more people have mobiles than access to freshwater, and there are five times more smartphones shipping compared to televisions globally.

“This shift matters, in particular around value, because it is changing our consumption of media dramatically,” he said. “By 2020, mobile will become the core of any accompanying device in the ecosystem. We find this particularly interesting, because what we’re seeing is an emerging identity change.”

Lovitt said integrated devices are also becoming an imperative for businesses that have traditionally maintained distinct operational silos. Departments may be friendly socially, but they don’t really share information, he claimed.

“Partly because of the shift to cloud, and services like Salesforce that can support our businesses, we’re finally building bridges between different teams, at least figuratively speaking, and we can start to connect the different functions that are sitting in IT, HR or marketing, and weave them together,” he said.

Information sharing is a key part of this interaction. At PwC, social data from call centres is tracked, along with call transcripts from voice operators, and both are run through a natural language process. The business development team, marketer, HR manager or whoever that information is relevant to then gains a real time view of what is going on, Lovitt said.

“This comes out either from marketing or customer service, so the people that generally own the customer relationship are the most focused on what they want to get out of these touchpoints,” he said. “Market research isn’t something we do once a year or once a quarter, it’s something we do every single day, because this information is pushed through on a consistent basis.”

Social sentiment tracking can be a powerful tool for the intelligent enterprise, but it can also reveal when businesses are behaving badly. Lovitt recalled a time when PwC was running a version of its social data tracking software for a bank in the US, looking at Facebook and Twitter posts and scoring them based on sentiments of the posts. Green indicated a positive sentiment, while red indicated negative.

“Suddenly, the client saw that one of their products was suddenly going fluorescent green, which was surprising because banks are always red on the scale,” he said. “When we looked in to this, we found there was a bunch of less scrupulous individuals who had created a fake banking website, faked the bank’s delivery, faked the bank’s logos and whole online offering. They were then having an astro-turfing effect on a range of social forums and blogs talking about how great the product was and how fast the loans were being approved.”

Because PwC could score the sentiment in real time, and was able to see the positive patters in relation to the bank, Lovitt said it tracked down the individuals involved and alerted the police and FBI to close the operation.

“It’s a strange outcome from listening to social – but a true one,” he said.

The stages of transformation from ‘doing’ to ‘being’ digital

Lovitt then detailed five distinct stages in digital transformation. Stage one is where businesses don’t dabble much in social.

“With stage two, often there’s a marketer in the organisation that is pushing towards digital, someone perhaps that has some Gen Y presets, while stage three is operationalisation,” he said. “Usually at this stage, businesses realise the value of social and they start to structure and build out functions to support those capabilities."

Stage four is about distributor excellence, cohesive marketing and having a robust social practice. An outcome of effective integration is what Lovitt called “emerging automation”, which helps give customer an overall better experience.

“Social may now be used for communicating with staff, rather than just customers,” he added.

Finally, the fifth stage is full engagement, which is a 360-degree view of the customer engagement DNA.

“The businesses we see working through the various stages of maturity find it quite a challenge and we think digital transformation potentially means a whole new role within businesses,” Lovitt continued. “To be a transformation officer - I don’t even know what it means yet. But we’re seeing it just starting to emerge in Australia."

Lovitt highlighted the recent the Federal Government’s new digital transformation office, which has been given the mandate to reduce silos, break down the walls and barriers, and to build bridges within enterprises.

“They are also given the responsibility to inform and enforce,” he said. “Data must be digital and must be shared, and must be integrated over a series of timelines.”

For Lovitt, digital and social transformation is the ultimate imperative for building an intelligent business. But it would be hard to achieve without having some team individual with the mandate to build those bridges and plug everything together, he said.

“I don’t know if it is for the role of the CMO, CIO or CFO – or perhaps it is a chance for all of them to be involved,” he said. “But I do know the focus over the last five years has been for businesses to question whether they do in fact need a chief digital officer or chief social officer.”

Lovitt added intelligent businesses don’t see marketing as an expense but as an exercise in training and innovation in doing something differently.

“Ultimately, the shift from doing digital to being digital needs inspiration and transformation,” he concluded.