How innovation labs are helping organisations think like startups

We delve into how Westpac, Commonwealth Bank and others are finding ways to drive innovation across the business, all in the name of the customer 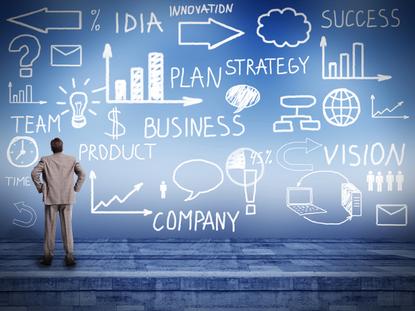 In recent years, there has been a strong focus on organisations embracing ‘innovation’ as a means of gaining competitive advantage. But with the term innovation seemingly resisting definition, it is not surprising the paths organisations are taking to innovate are following a number of routes.

One path prominent among these strategies is the innovation lab. Itself a loosely-defined term, most often an innovation lab will be a physical space, apart from the organisation’s main facilities, and staffed with a small but dedicated team that works with employees across the business to create and develop ideas for new products and services.

At their heart, innovation labs exist to experiment with new ideas in ways their parent organisation can’t, which often means thinking and acting more like a startup. As a result, they borrow the language and processes of startups such as Agile development, design thinking and lean manufacturing principles.

Not all labs have succeeded, however, and some initiatives seem to have been swept aside thanks to poor planning or changing management whims.

Innovation labs have proven most popular in service-based organisations such as telecommunications and financial services companies. Westpac, for instance, is operating three different models for driving new thinking into what will soon be a 200-year-old organisation.

The first of these, Westpac Reinventure, launched in March 2014 and is a $50 million fund for investing in local startups, including peer-to-peer lending service, SocietyOne.

In June last year, Westpac launched its second innovation initiative, dubbed The Garage, for the rapid development of new ideas. This was followed in September by an additional dedicated space called The Hive, which is designed for hosting innovation activities such as short-term projects and hackathons.

According to director of the Garage, Phil Gray, each of these initiatives grew from (then) financial services head and now CEO, Brian Hartzer’s comments that the bank needed to look and act more like a startup to face the challenges of market disruption.

“One of the things Brian was really keen to do was drive this thing called the service revolution, which is trying to transform the bank from a product-focused organisation to be one of the world’s great service companies,” Gray tells CMO.

The Garage is both a physical space and a small multidisciplinary team led by Gray that serves as an end-to-end delivery shop for projects initiated with the bank, often in partnership with its clients. Gray says the goal is to bring startup-style thinking such as Agile development, human-centred design and lean startup practices into a bank dominated by waterfall-style processes.

“One of the metrics we use for the Garage is how we bypass some of that [traditional] process,” Gray says. “Rather than spending time gathering detailed requirements, we actually look at what the customer problem is, apply the desirable/viable/feasible lens across it, and look at the size of the prize, then rapidly build and test with real customers some kind of a prototype.

”It’s very much an Agile approach. We accomplish in two weeks what would normally take anywhere between two or three months.”

Much of the language of the Garage is borrowed from the world of startups. Project leaders coming from elsewhere in the bank are referred to as founders, and are required to stay with the project until its completion. Gray’s team then performs the role of entrepreneur-in-residence, with the task of challenging and agitating against traditional bank thinking.

The use of startup methodologies also sees teams working in a highly visual manner, with regular standup meetings. It’s a style often referred to as ‘working out loud’.

Although not in itself a marketing initiative, Gray says the Garage is often called in to assist with and support marketing-related projects, including a recent international payments initiative.

“We had a fantastic technological solution that was presented to us and came into the Garage, and we helped to build a marketing story and engage the marketing people around that,” he explains.

Another benefit the Garage brings to Westpac is through having knowledge and linkages across the entire organisation. Gray says staff are welcome to tour the Garage at any time to learn its capabilities and how it works, and are then invited to become Friends of the Garage.

This has help him both develop a strong understanding of different parts of the bank’s operation and how they interact, as well as create a pool of multifunctional talent that he can call on to assist with projects.

“When we get to a point in an initiative where we have reached some kind of sticking point, whether it be legal or technology, we go to the ‘Friends of the Garage wall’ and we call in a favour,” Gray says.

Up next: How Commonwealth Bank is tackling innovation, plus tapping into third-party innovation services

The Commonwealth Bank has also opened an innovation lab, which has been running for six months. Its head of innovation, Tiziana Bianco, says the Lab is part of a strategy to ensure the bank fosters sustainable innovation by allowing staff to get involved on projects.

“We don’t believe innovation is a department,” Bianco says. “We believe from the top down that it’s everyone’s responsibility and everyone’s role.”

The Lab is divided up into four areas for idea creation, user experience testing and problem-solving with clients. Cross-functional teams are drawn from across the bank, along with external subject matter experts from industry and academia, and the startup community.

“We have CIOs and CMOs coming in from our clients and working with counterparts within our organisation to really deepen the relationship,” Bianco says. “It’s about deep-diving into any problems they have within their organisation or their industry. Or it can simply be a discovery day, where how the two organisation work together to co-design.”

Having the external viewpoint is particularly important to CBA, says Bianco.

“We understand that ideas are not always going to come from within,” she says. “The closer we can be to our clients, our business partners, our startup community and our staff, the more we are going to reap the benefits of those ideas and ensure we stay relevant.”

Bianco says the cross-functional structure of the Lab reflects the tearing down of functional silos within the bank itself.

“Technology, product and marketing really need to work closely together to make sure we understand what customers want, how to speak to customers, how to create for customers, and then how to operationalise those particular solutions for customers,” Bianco says. “We very much understand that each of disciplines when working together can bring more value to the customer.”

While the fit-out of the Lab took only six weeks, the planning stage took six months, as the bank strived to ensure it had the model right. To date, more than 12,000 people have come through, including many from outside of the bank.

“It has superseded some of our expectations in terms of the volume of work and the collaboration hat has come through,” Bianco says. “We are at 90 per cent utilisation, which is fantastic. Originally we thought it was going to be a slower ramp up.”

Increasingly, the facility is being used for processes which were not originally envisioned, including a recent request-for-proposal session with six suppliers, she says.

“It was quicker and we received better ideas than we would have if we had sent it to them individually, and everyone was really transparent,” Bianco says. “So while there were competitors in the room, they worked closely together to understand what they can do collectively, as opposed to what they can do individually as their own company.

“Over three days, we ran a hothouse and they came up with a prototype at the end of it.”

The user testing facility of the Lab has also been employed by the marketing team to test campaigns on a sample audience.

“If we are putting a Facebook ad together, we can test that internally or even test that with select customers before we even put that out to see what the response would be,” Bianco says.

While not every organisation can afford to have its own dedicated innovation lab, a small market has opened up for service providers to take on that role on behalf of clients.

This is the intention behind the Innovation Lab created back in 2008 by Australian mobile marketing and technology developer, TigerSpike. Since then, the Lab has helped companies both to produce innovative prototypes and products, and develop a commercialisation path.

TigerSpike’s head of innovation, Oliver Palmer, says a successful lab brings together multiple teams from across the organisation and combines them with external perspectives.

“It is really important you don’t just have the strategic thinkers or IT people,” he says. “We have run a couple where we had a person from legal, a person from the marketing team, from operations, and IT, as well as TigerSpike.

“The person at legal said she had never been at a workshop before, and legal was never involved in these things. She had a lot to contribute and gave a really different perspective, which meant as soon as we created a prototype it could launch in the market, rather than contravening any laws.

“It’s about involving people who are going to be involved all the way along the process.”