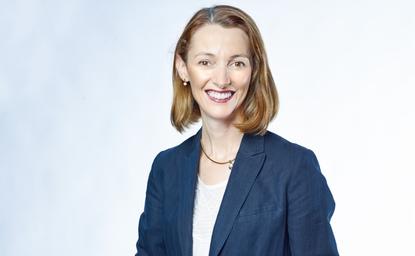 Optus has confirmed its former managing director of customer, Vicki Brady, has its new marketing and product leader.

Brady took over as managing director of marketing and product this month for the consumer division after nearly three years as MD, customer. This division encompasses mobile and fixed products, entertainment, brand and marketing and the Optus wholly-owned brands Virgin Mobile and Vivid Wireless.

She remains on the telco's executive leadership team.

Brady indirectly replaces former head of brand and marketing, Nathan Rosenberg, who left in October and has since been appointed the CMO of Virgin Cruises, based in New York. However, the role has been extended to also include products and services in a bid to ensure alignment right through product to marketing, a spokesperson said.

Originally joining Optus in 1997, Brady was also the managing director for Optus Wholesale and Satellite between 2008 and 2012 before taking up the top customer post.

Optus has appointed Rohan Ganeson, the former MD of sales, to the MD of customer role. Ganeson joined the telco in 2008 as managing director of SMB before being appointed to the top sales post in April 2012. He retains his sales remit as well as now overseeing customer operations.

In a statement to CMO, Optus also confirmed Rob Parcell takes on SMB alongside his current role as managing director of Wholesale, Satellite and Small and Medium Business. This will see all of Optus’ business-to-business activity now aligned under a single team, the telco said.

According to Optus, the operational structure changes are in line with efforts to drive more seamless and consistent customer experiences.

“The new structure sees changes to three managing directors who will now have end-to-end ownership of planning, execution and customer experience,” the telco stated.

She had previously overseen marketing and brand duties in an acting capacity while Rosenberg's replacement was confirmed.