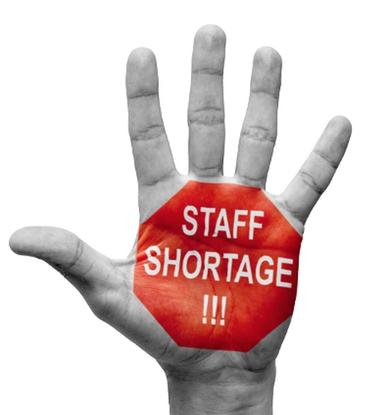 Australian businesses are facing a significant competitive disadvantage as a result of the digital skills shortage, but lack the strategy to address the shortfall.

According to the Australian Digital Skills and Salary Survey, commissioned by the Slade Group Digital Practice and NET:101 and undertaken by Sweeney Research, a quarter of businesses are finding it difficult to source digital employees. The survey of 150 small to large Australian businesses revealed 70 per cent are finding the digital skills gap taking a moderate or heavy toll on their business.

“With the growing importance of digital in today’s business landscape, a lag in digital expertise in Australia is a major concern – one that has the potential to hinder the ability for growth and innovation,” Slade Group digital practice manager, Elizabeth Ebeli, said. “These organisations leave themselves wide-open to being left behind in the digital century.”

Difficulty in sourcing digital talent was a result of businesses either thinking there was not enough talent, not being able to compete with higher salaries offered elsewhere, or lacking funds and specialist recruitment to source the right candidate. To address the shortage, more than 30 per cent had brought in staff from overseas and would do so again, despite the higher costs associated with sponsorship and relocation.

“In addition, high competition for good digital talent is a challenge, with a quarter believing there is not enough experience and skill in the Australian market, and 18 per cent feeling they are not equipped with the expertise to find the right candidate,” Ebeli said.

Read more: Companies don’t have policies to disrupt traditional business models: Forrester’s McQuivey
How Suncorp and Helloworld are driving into digital with data

At a managerial level, 80 per cent of managers described their staff as being weak in some or several areas of digital expertise, yet only 12 per cent of businesses conducted any internal or external testing during their recruitment process. Meanwhile, respondents believed 40 per cent of senior managers of their organisations had ‘only a moderate understanding of the importance of digital skills’, while 20 per cent had ‘little understanding’ at all.

“One clear issue for most Australian organisations is that digital natives aren't in senior leadership positions,” Ebelis said. “Current senior leaders are often baby boomers and older gen Xers. Maybe those organisations will be steamrolled by the digital tsunami if they don't how bring on-board the best digital heads and up-skill all staff in digital capabilities?”

Ebeli noted Australia lagged behind the US and the UK for digital skillsets. However, on a more positive note, 80 per cent of local businesses have up-skilling programs in place to combat the digital skills gap and compete globally, and two-thirds are planning further investment in training.

“Some are doing it really well,” she added. “There are some interesting anecdotes from smart movers like Optus head of digital, Chris Smith, who started an employee exchange program with US counterparts. Another organisation said they provide staff training internally by coaching all staff - as well as mentoring for senior executives by US-based experts.”

Moving forward, the report showed the digital skills shortage is set to become an even more pressing challenge, and more than half of businesses surveyed anticipated hiring more digital specialists over the coming 12 months. At the same time, only 9 per cent thought university graduates were equipped to undertake digital role requirements.

“There's a strong sentiment that university graduates aren't equipped with the digital skills required, and given almost all white collar roles now have some overlap into digital, this is a real, emerging issue,” Ebeli said.

“Effective talent management would be focusing on the up-skilling of existing staff,” Ebeli said. “Current neglect of staff training represents a major opportunity for investment into digital education Australia-wide. While some employers prefer to train staff from the bottom up, there is a lack of willingness to invest in the skills of existing staff, and Australia is suffering as a result.

“The majority of comments that emerged from the survey focused on the urgent need for increased staff training, however the skills gap is magnified by the inability of businesses to source the talent they need from the talent pool.”