Why it's time to bring mindfulness into marketing leadership

Mindfulness as a concept is increasingly gaining ground as a way to bring us all back to level of sanity by being focused on the moment. We look at how mindfulness can be achieved 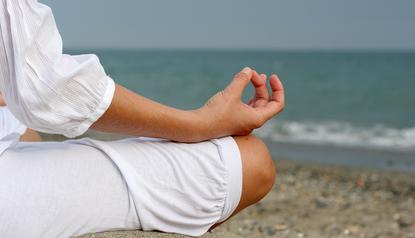 We live in a world of distraction, where mobile technology and relentless brand marketing clamour compete for our attention and tear us away from the present.

So it is perhaps ironic that one of the most intriguing concepts sweeping across the marketing industry today is one encouraging us to switch back into appreciating the present moment and what is right in front of us.

This concept of mindfulness is becoming a popular topic for marketing conferences and workshops.

While interpretations of mindfulness vary, at its core it is about focusing on the present moment and task at hand without prejudice. And while it is generally considered as an approach to life at the individual level, it can also scale up to influence the behaviour of organisations.

The concepts of mindfulness are ages old, originating in Buddhist teachings of vipassana, which means insight into the true nature of reality. The emergence of mindfulness in the Western world is generally attributed to the work of Jon Kabat-Zinn, a Professor of Medicine Emeritus at the University of Massachusetts, who in 1979 founded the Mindfulness-Based Stress Reduction program for treating the chronically ill.

Former world champion gymnast and author of the 2006 book, The Way of the Peaceful Warrior, Dan Millman, spoke on mindfulness at the recent Creative Innovation conference held in Melbourne. He says mindfulness is a translation of the sanskrit word sati and was first popularised as a form of meditation.

“As used in everyday life, it refers to paying attention to what is arising in the present moment, without judgments, as it is,” he says.

Millman’s own journey to mindfulness started in his days as an elite gymnast.

“It was ‘pay attention or die’,’” Millman recalls. “It was only later that my horizons broadened to apply the same degree of focus in other aspects of my life. This led to several realisations: Life is a series of moments; the quality of our lives depends on the mindful quality of our moments; and as one of my book titles says, there are no ordinary moments.”

While mindfulness is not specifically a technique or strategy for marketing or any profession, Millman says being mindful and bringing a focused quality of attention to what is in front of us can help improve any and every aspect of our lives at work and at home.

“The marketer is a person; therefore, all the benefits of paying attention flow to the marketer and give an 'edge’ because so many people don't really pay attention,” Millman says. “The benefits of many individuals in a workforce being encouraged to 'slow down' and pay closer attention can reap huge benefits to any organisation, since most of us sleepwalk our way through life.”

Those teachings are now becoming more commonplace with business, particularly in creative disciplines such as marketing. According to the US-based business consultant, speaker and author of The Mindful Marketer, Lisa Nirell, acceptance of mindfulness is blossoming.

“Organisations ranging from Google to Target to the Huffington Post have found that the precepts of mindfulness can be tremendously powerful in enabling professionals to be more focused and clear, and therefor make much more informed, balanced decisions,” Nirell says.

Nirell practices mindfulness and techniques for living in the moment within her own company, EnergizeGrowth, and with clients.

“I think everyone, especially those of us living in the world of marketing, could definitely benefit from that,” she says. “We are barraged by demands from customers who want the best support possible 24 hours a day seven days a week, by big trends in marketing, and endless demands from the board of directors.”

The techniques of mindfulness themselves seem relatively simple. For Nirell, they include yoga, meditation, Reiki healing, writing short poems or even walking in nature.

“Mindfulness can take many different forms for people, and I am very unattached to how people select a mindfulness practice, as long as it works for them,” Nirell says.

Australian psychologist John Barter’s introduction to mindfulness came in part through the experiences of his father, a brain cancer survivor, and through his own spiritual awakening at the age of 17. That led him to study Buddhism, and in 1982 he was ordained as a Buddhist monk, before eventually returning to Australia to study psychology.

Barter is now an active proponent of mindfulness with his patients, and later this year will conduct a workshop on mindfulness for the Marketing Academy as part of its Leaders Programme. For mindfulness to truly take hold, he says it must be practiced on an ongoing basis, so that it becomes an approach to life.

“We can actually grow and enhance our brain in the same way we can develop the muscles of our body, to be more enhanced and function more efficiently in life,” Barter says. “Meditation practices develop mindfulness to help us to connect more consciously to experience, so that we are not overwhelmed so much by the stress responses of fight/flight/fright.”

It is in mindfulness’ ability to provide coping mechanisms for stress that much of its value lies, as functions such as conscious consideration, wise understanding, remembering, reflecting and being creative are all placed on hold during times of stress.

“A person’s ability to function efficiently in whatever domain of their life is diminished if they are experiencing stress,” Barter says. “One of the main benefits of being mindful is that it reduces stress, enabling more mental calm, mental clarity, mental potential, and certainly creativity, to be enhanced and enabled, which leads to more positive outcomes.”

Barter has worked with clients who have reported up to a 20 per cent improvement in their self-rated effectiveness as a result of adopting mindfulness.

For Nirell, introducing mindfulness to clients begins with simple practices such as examining how meetings are conducted and how managers comport themselves.

“It can start with something as basic as creating breathing space between meetings, and taking time to reflect on what worked and what didn’t work, what we learned and how we improved, and then preparing the same way for the next meeting,” she says.

These concepts can quickly scale up through an organisation and its customer community. Nirell says one organisation to embrace mindfulness successfully at large scale is Proctor & Gamble, through the creation of vibrant parent communities that operate on mindful principles.

She also sites TripAdvisor’s CMO, Barbara Messing, as a senior marketer who has adopted mindfulness concepts, such as ensuring her teams turn off their devices in meetings and creating a fun working environment through events such as karaoke nights.

“She has her creative teams go to art museums to get stimulation and think completely differently about customers and campaigns,” Nirell says. “Barbara has seen employee satisfaction scores soar since she implemented these rituals, so she believes there is a strong correlation between the two.”

With another client, Nirell says mindfulness was used to evaluate the language used within the marketing department. Words such as ‘target’, ‘pitch’, ‘push’, penetrate’ and ‘pursue’ were eliminated in favour of ‘shepherding’, ‘nurturing’ and ‘partnering’.

“I have had clients eliminate words because of the constant focus on male sports metaphors and military metaphors,” she says.

“The philosophy that sits behind Thankful is that as individuals, never before have we led busier lives,” she says. “It’s not often enough we get an opportunity to take a big deep breath and think life is pretty good, and that we have plenty of things every single day to be thankful for.

“With Thankful, we are trying to create a global social movement to remind everybody that there is a lot in our lives to be thankful for.”

McDonnell has trademarked the word Thankful in a number of contexts, including in relation to fashion, jewellery, homewares and cosmetics, and has initiated discussions regarding licensing products to market under the Thankful brand. She has also been asked to develop the concept of Thankful festivals.

“We’re working and talking to many large brands here in Australia about being aligned with Thankful,” McDonnell says. “And we haven’t stood in front of one CMO who hasn’t said our timing was perfect.

“It’s no longer good enough to tell consumers what you represent. You need to demonstrate it. And it’s the brand that can demonstrate their value and demonstrate commitment to community through alignment and marketing that will be the successful brand for the future.”

McDonnell has also signed a book publishing deal with Penguin, and will speak at the United Nations in New York for International Day for the Elimination of Violence against Women, which the Thankful movement supports, on 25 November.

While mindfulness is not the first spiritual belief to manifest itself in business, its prominence and longevity may be ensured by the equivalent rise of factors fuelling it. According to Barter, the popularity of mindfulness is representative of how older methods of coping no longer working for many people.

“People are getting overwhelmed,” Barter says. “They see they can’t turn their minds off. People see the need to manage their minds better, and so they are looking to things like meditation, but the increasing business and complexity of contemporary life is leading to confusion and distress.