Uberbrand managing director, Dan Ratner, talks to us about the brand implications of Microsoft opening its first retail store in Australia this year 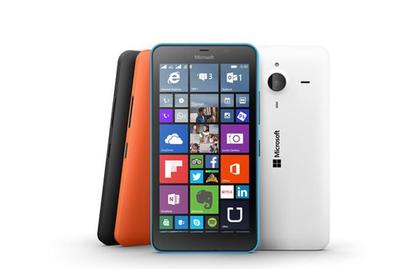 Microsoft’s first retail store in Australia could be the brand tool the vendor needs to reposition itself as an immersive consumer lifestyle choice, Uberbrand’s chief claims.

Microsoft announced plans last week to open its first Australian retail store on Sydney’s Pitt Street Mall as part of efforts to better engage directly with customers. The 6000-square foot store will stretch across two levels and is due to open before Christmas.

Speaking to CMO on the significance of the software giant’s retail investment, Uberbrand managing director Dan Ratner, saw it as a big step forward in helping to reposition the once product-centric brand as one that offers a fully immersive consumer experience.

“Technology has very quickly integrated into our everyday lives,” he commented. “Since the late 1990s, Apple has capitalised very well on this shift.

“Microsoft traditionally finds itself in the background, and while an important component of delivery, it’s not truly the brand that represents the technology immersed in a consumer’s lifestyle.”

In contrast, brands such as Apple, Android and most recently, Samsung, have positioned themselves around their ability to deliver on the immersive technology lifestyle, approaching this in ways that have proven unique to their brand, Ratner said.

“The Apple store experience is the pinnacle of this brand immersion,” he said. “Apple broke new ground by delivering a human interface to its brand. It not only successfully challenges sociological convention by making what is traditionally sacred [a definitive zoning of pay areas and cash registers] open to the consumer.”

“This allows a consumer to deeply immerse themselves into a more powerful and reinforcing brand experience. It could be considered an integration of consumerism and worship – especially for those who use the brand,” Ratner said.

Of course, while this might work for Apple, it may not be the right approach for others, Ratner warned. Samsung, for example, has chosen to focus on how appliances and technology intersect, something that is reflected in its in-store environment.

“Microsoft needs to reposition itself as a fully immersive lifestyle technology brand,” Ratner claimed. “Its traditional approach has been quite product centric. While at an individual level each product is highly successful, it's the overarching sum of this that needs to be better competitively positioned and communicated.

“It’s pleasing to see that Microsoft is opening its first branded store experience outside the Northern Hemisphere. This can only help by allowing Microsoft to demonstrate how its brand delivers on this new world of fully integrated, immersive lifestyle technology.

“However, it will be interesting to see how it delivers this experience in the context of the Microsoft brand.”