Want to be an effective leader? Make sure you have a compelling story

Experts reveal how storytelling is vital for effective leadership 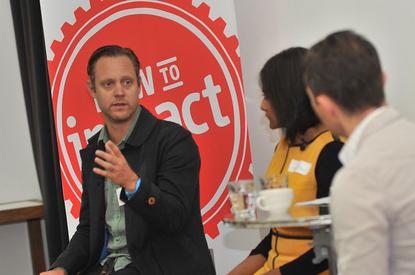 In a digitally competitive environment, the pressure is on marketing and business leaders to find innovative ways to persuade, engage and influence their audience.

Speaking at the How to Impact talk on 'Storytelling and innovation: drivers of change,' former economist and director of Yamini Naidu Consulting, Yamini Naidu, said from her experience great leaders know how to tell a great story in order to meet specific goals.

“In the age we’re living in, we’re so tipped over with data that there is a giant vacuum of disconnect with people,” she said. “But you can’t persuade and influence people with just data or just logic. People don’t need any more information. We’re up to our eyeballs in it. We crave connection and inspiration.”

Naidu recalled working with NAB regional manager, Michael Brandt, who had difficulty with his teams meeting their targets, predominantly because the task was not desirable first thing in the week. 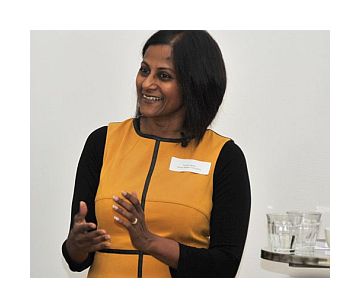 “So Michael came to the workshop with this in mind,” she said. “This is the story he shared – when I was a child I hated eating brussel sprouts. Every time they were served at dinner I’d push them aside and eat the rest of my dinner, knowing very well that in the end, my mother would make me eat cold brussel sprouts. One night, when they were served, I decided to eat them first, I then relaxed and enjoyed the rest of my meal – do you think we could treat our targets like brussel sprouts? Do you think we can do them first thing, and then relax and enjoy the rest of the week?”

Two weeks later, Naidu caught up with her client, who revealed that for the first time in two years, everyone in his branches had not only met their targets, but nobody was talking about them any more.

“In business, stories support our data,” Naidu said. “Stories make the data come to life. So if you have hard data supported by a compelling story, the two combined will quantum leap your influence.”

According to Naidu, research tells us humans are hard wired to not only story tell, but to story listen. Business storytelling, she added, relies on a particular construct, which needs to be purposeful and authentic.

“All your stories need to be real,” she added. “Everything needs to be true.”

Documentary film maker and director, Stephen Oliver agreed. He stressed storytelling can be a powerful tool to engage with an audience - provided it is genuine and authentic.

“What I strive for is authenticity in story, so people know it is independent, they know it has editorial integrity and they know they’ll get a real story rather than a hidden agenda,” he said. “The best way to engage with an audience is to make them feel what you have to say is genuine. I think this is something the business community has learnt - that if you’re too heavy-handed, people will switch off.”

Oliver said the media is already saturated with spin and a hidden agenda, and he strives to cut through that in order to ensure there is a core authenticity behind his work. 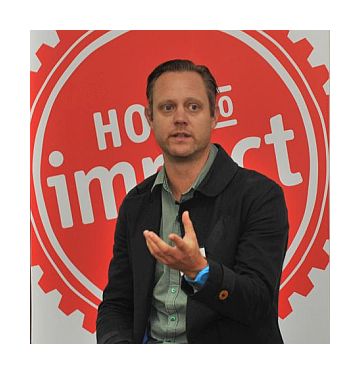 “Interviews are the key to that,” he added. “Because you can just tell in somebody’s eyes whether they are giving a standard answer to you that they are giving to everybody.”

According to Oliver, the audience can sense when there is something genuinely revealing about a story, but creating that sense involves ‘mysterious chemical combination of factors.

“It’s the tone, the look in the eyes, how the person sets up and deliver their story. If you get that right people will share it – that’s what contagious storytelling is, it is genuine, it speaks to you. You believe it and you want to engage with what that person is saying."

Don't hit your audience with a sledge-hammer

For business, Oliver suggested having the most important information upfront, so that once the audience begins to care, they will better engage with the backstory. However he advises against the 'sledge-hammer', hard power approach.

“The sledge hammer approach is something you avoid as a story teller because nobody wants to be smashed over the head with information,” he said. “It’s very obvious when someone is trying to ram something down your throat. You want to engage in a story without realising you have fallen for it. It’s the same when you have fallen for someone whether it is friendship or love. It is much better if they don’t stalk you.”

Naidu added the quick-fix hard power should only be used sparingly, as soft power can be a far more effective way to subtly and slowly attract, engage and retain influence.

“If hard power is your default position, you’re not going to be successful,” she said. “But soft power takes time, it requires meetings after meetings and it is subtle.”

Using the power of storytelling to instigate change

Through the power of soft storytelling, Oliver managed not only to deliver an authentic story to his audience, but educate, create awareness and instigate regularly change.

His documentary on illegal fishing trawlers off the coast of Thailand showed graphic images of the boats collecting ‘trash fish’ or a random indiscriminate amount of fish from the sea floor. These were then processed as pellets for the purpose of feeding commercial prawn farms. The story became a powerful call to action to the Federal Government to consider regulating transparent seafood labelling for packaged fish products, cafes and in restaurants.

“The senate inquiry was huge, it was one of the longest enquiries they’d had for years,” he said. “There was a unanimous approval by the inquiry board recommended to Parliament that they enact change to seafood labelling. We want them to say what it is, where it’s from and how it is caught.”

Both experts agreed social media can work in harmony with the power to storytelling in order to achieve more widespread and immediate audience engagement.

“Twitter has become quite an important way to gauge how your film is doing,” Oliver said. “There’s a live Twitter stream about your program all the time, so people often talk. If the hashtag is trending, you can get immediate feedback on what people are reacting to immediately. In terms of commercial channels, they have minute by minute rating spikes, so they can see at which point of their program or story their audience’s attention dipped, or when they changed the channel.”

With the next generation of digital consumers having increasingly shorter attention spans, the pressure is on story tellers to keep it short, and keep it relevant.

“100 years ago our attention span was 20 minutes, today it is 9 seconds” Naidu said. “The good news is that study was based around the delivery of data. In business when I’m working with my clients I tell them a good story lasts anywhere between 30 seconds and 90 seconds. Occasionally you can break that rule, but if you stick to that, you generally have more success.”

“I remember interviewing John Stewart, the former CEO of NAB, and said to him how everyone thought he was a natural story teller,” she added. “He laughed and said for every story I practice for hours in front of the mirror. So to be a good story teller, you need to know when you have to be compelling in the business context – and you have to do the work.”