With the application industry readying itself for the next wave of wearables, the pressure is on to keep apps consumer-relevant, or risk obsolescence 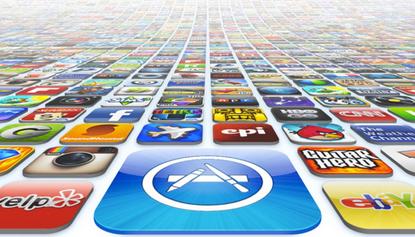 Mobile apps have to fire up instantly, present options for solving consumer problems and work intuitively or businesses risk losing customers to competitors, a new report has found.

The study, Software, the New Battleground for Customer Loyalty, from CA Technologies, revealed consumers no longer view applications as nice-to-have novelties, but as a primary way to interact with brands and an integral component of brand loyalty.

Fast loading time, simple functionality and security were the key characteristics consumers valued most about apps. In particular, 68 per cent of consumer respondents with negative experiences of load times said they expected load time to take under six seconds, with nearly half demanding a load time of less than three seconds.

More than 70 per cent of consumers wanted their apps to perform tasks with little difficulty, with almost 80 per cent ranked applications that have ‘easy-to-use features’ as top drivers of their decision to utilise or purchase an application.

For users who had a fair to poor experience, 10 per cent said they would leave a brand forever because of security issues.

Research company, Zogby Analytics, was commissioned to survey 6770 consumers and 809 business decision makers in 18 countries for the report.

Since the launch of Apple’s App Store in 2008, the application economy drives an estimated US$25 billion market in North America. This fiercely competitive landscapes means just having an application is now far from enough.

As a result, the report stressed companies must immediately shift the way they approach application development. The study highlighted a streamlined, secure, straightforward and highly functional experience would lead to better brand loyalty.

“Consumers no longer view applications as nice-to-have novelties. They now have a huge impact on customer loyalty,” managing director at CA Technologies Australia and New Zealand, Hope Powers, said. “As businesses navigate a new, always-connected reality that produces vast amounts of ambient data, they must react by delivering a personalised, secure and engaging application experience.”

In Australia, the report revealed a disconnect between business decision makers and consumers’ thoughts on app delivery. Specifically, businesses thought application delivery was largely better than what consumers felt, with a difference of 26 per cent in government administration, 19 per cent in healthcare and 18 per cent in financial services.

“In order to tap into the growth potential of the application economy, businesses and governments must make software more than just a part of their business – it must become their business,” Powers added.

“To do this, they have to let their customers lead; listen to them, understand their needs, and apply the same rigour and predictive analysis to application development and deployment as they would to determine the best location for a retail store.”