Vinomofo CEO: Look to your company DNA for innovation Organisations looking to drive innovation need to analyse their company DNA to find it, not focus on what they’ve become or force change for change’s sake.

That’s the view of the joint CEO of Australian online wine retail startup Vinomofo, Andrew Eikmeier, who caught up with CMO to share his insights on what it takes to be innovative today.

Eikmeier will be sharing a startup’s view on the role of innovation in marketing and advertising during a two-person debate at ADMA’s upcoming South Australian event on 13 April. 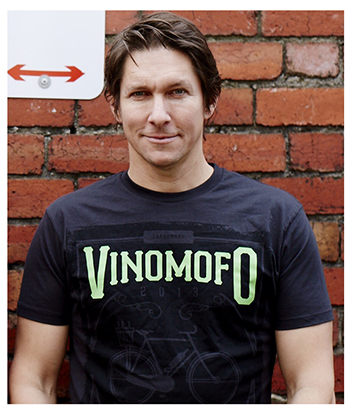 Vinomofo is a wine recommendation and retail site and the brainchild of Eikmeier and his brother-in-law, Justin Dry. It was launched in 2011 in partnership with the Catch of the Day team, but its foundations stem back to Qwoff, a member-driven reviews website launched in 2006 by the duo.

The aim of Qwoff was to allow a younger generation of wine lovers to rate and review wine and share their recommendations, Eikmeier said.

“In 2006 and 2007, there was still too much of the lab coat, bow tie and elitist wine language in the industry,” he said. “We were there to be the wine voice for the younger generation.”

Having since bought back Catch’s share of the business in 2012, Vinofomo now has more than 260,000 members, generated $22 million in revenue in the three years to 2014, won top honours in Deloitte’s 2013 Technology fast 50 Awards, and was awarded both Online Business of the Year and Young Entrepreneur of the Year at the 2014 Australian startup awards .

For Eikmeier, innovation is more of a principle and mindset, not something that can be described in terms of initiatives.

“Innovation was the key ingredient to our business model, therefore it became the way of doing things.”

Four years on and having become one of Australia’s largest online wine retailers in terms of size and market share, Eikmeier is equally convinced you can’t just embrace change of change’s sake .

“It has to be about seeking a better way of doing something. You have to find what’s missing, or how to do things differently so something appeals to different people,” he said. “That holds true even if you’re not constantly changing.

“We have a lot of things we want to do, but we have to be aware of not changing just because we are restless. Change needs a solid foundation and is about what is really needed. We’re not a change junkie.”

“It’s about going in with your eyes and ears open, and looking both inwardly at what can be done better or differently to remain relevant, as well as outwardly to what’s happening to consumers and people in other industries,” he said.

Eikmeier agreed one of the reasons startups have it easy when it comes to being innovative is the lack of legacy, infrastructure and staff.

“You really have nothing to lose as a startup,” he said. “You’re free to innovate and in fact you’re stuffed if you don’t innovate and there’s no baggage to stop you or jobs to look after. In large companies, you have that legacy of mindset and infrastructure.”

As a result, it’s naïve and even arrogant for startups to tell more established players to simply change the way they do things, even if they need to, Eikmeier said. As an example, he pointed to NRMA’s position as a car and driver insurance company in a future where there are driverless cars.

“How do you innovate when your very existence could be redundant in 10 years? Effecting that change is very difficult,” he noted.

To help larger companies better innovate, Eikmeier suggested ample inspiration could be found in the original mission and values of the organisation.

“You have to look at the DNA of your company and what need you created it to address in the first place, not what you’ve become,” he claimed.

Eikmeier pointed to Mercedes’ role in launching the first cars, and Chanel’s avant garde approach to fashion when it launched more than 100 years ago, as examples of longstanding brands that have innovation in their DNA.

Enabling a startup environment inside your company is another way of driving innovation, Eikmeier said. “This is more efficient innovation that may by not as plugged into the rest of the machine and an approach a large company has to take,” he said.

“It’s easy to make wholesale changes when you haven’t got a lot to change from, but as we now have something to lose, there is that risk of being conservative and being afraid. But the mindset has to stay constant – you have to stay open to things.

“Things change so fast and three years on, there might be a different application required to address that need.”

One of the more recent phenomena brought about through the hyper-connectivity of consumers is their ability to influence and co-create brand stories and values. While not disagreeing with this, Eikmeier claimed those organisations seeking to make wholesale changes probably haven’t got enough of the right consumers to stay in business or grow.

“In that case, it’s about making change in order to appeal to new consumers or appeal more to the same ones,” he said. “But you’re at risk of losing your core advocates and followers. That’s a real dilemma and has to be handled cleverly and carefully.”

There also need to be a realisation that you’re making change to appeal to an audience that will be more productive, relevant and accepting of that kind of loss, Eikmeier continued.

“You can’t just keep broadening product sets or your focus either, because you’ll end up standing for nothing. You have to be sharp and focused and stand for something if you really want to penetrate a market,” he said.

In the face of data-driven marketing and technology optimised advertising, Eikmeier also said marketers need to remain focused on delivering information and interactions that are valuable and useful to their target audience.

“Have an honest relationship with them. Marketing has to be done off solid product and experience foundations, otherwise it’s just a bag of tricks,” he claimed. “The innovation is less important than ‘trueness’ to the customer. That’s when the innovations we’ve seen in technology and around communication platforms become really effective.

“People jump too quickly to that [technology or channel layer] and are missing out on the true power of what this innovation in communication is: People wanting to talk about stuff.

“Communications is the real substance now.”

That doesn’t mean every decision on brand, product and direction should be co-created with customers, however. In fact, Eikmeier claimed customer-derived innovation can sometimes lack substance.

“You have to understand in your heart what you are doing and be collaborative. This [co-creation] is effective for information and advocacy gathering, rather than decision making,” he said.

Innovation also has to be iterative and agile. “Get feedback on the stages from people who will use what you’re creating,” Eikmeier added.