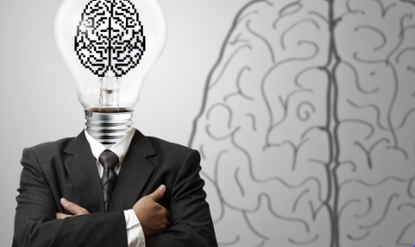 SurveyMonkey has become the tool for businesses wanting to know a little more about what their customers think. But if new Australian managing director, Tony Ward, gets his way, it will also be the tool of choice for marketers and agencies wanting to gain an insight into the minds of Australian audiences.

Ward, who is a former chief marketing officer at Microsoft Australia, says one of his goals is to grow usage of the SurveyMonkey Audience product in Australia. This service assembles panels of audience members out of its broader user base, and is the largest audience panel of its kind in the US. It is used by agencies including Ogilvy and brand houses such as Proctor & Gamble.

Ward says SurveyMonkey Audience presents an opportunity for agencies to quickly test creative ideas against preferred audience segments. He says this can be especially beneficial in pitching situations, where the agency may not have strong historical data on the client’s audience.

“Some of the more innovative agencies are thinking of how they can gain insights at the start of the creative process, rather than checking their creative at the end when the horse has already bolted,” Ward says.

Ward claims one of the advantages of SurveyMonkey Audience is that surveys can be conducted very quickly – often in under a day. The relative low cost of SurveyMonkey in contrast to traditional market research and focus groups means agencies can also test more individual components of their creative content.

“It is not about replacing the process, it is about providing them with more intelligence going in to that process so they are starting at the right place,” Ward says. “They are using data to prove the actual art and design and concept is potentially better, irrespective of whether the end client thinks it’s good or not.”

According to SurveyMonkey’s chief operating officer, Tim Maly, SurveyMonkey Audience was itself developed in response to feedback from creative agencies.

“There was a gap where people who wanted to conduct consumer market research really liked the SurveyMonkey survey application but didn’t have the ability to deploy those surveys to folks in a targeted demographic,” he says.

Maly claims SurveyMonkey Audience differs from other online survey panels in that it does not provide respondents with a cash or points incentive. Instead, they can nominate that a donation be made to a preferred charity. This soft incentive deters those respondents who are only involved for financial gain.

Surveys are also kept to under 15 minutes, and are only offered a few times a week.

SurveyMonkey now has more than 3 million people answering surveys each day across all products.