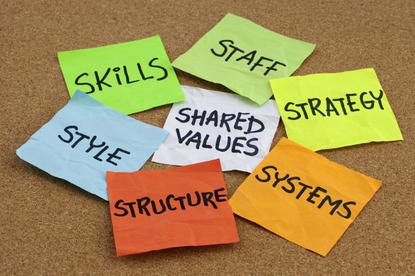 One of the key issues discussed at this year’s Adobe Summit was the skills, internal collaboration and organisational frameworks necessary for staff to cope with digital transformation.

Here, we share five insights from speakers on what it takes to fuel digital innovation and strategy at an organisational level, and what they’re doing specifically to foster talent development, cultural change and operational excellence.

Starwood VP CRM and channel intelligence, Chris Norton, said the hotel giant has developed a “very deliberate” way of going about ideation and innovation around digital and mobile.

“We create these small but highly cross-matrix teams that pull resources not just from traditional teams like IT, digital and analytics, but also bring in training, HR and the legal department at the ideation and strategy phase,” he explained.

“There are two reasons why. One is that it helps us manage the pitfalls you inevitably fall into when your chief privacy officer kills your idea because of something you didn’t think about. But also we find that by bringing new perspectives into strategy development, it allows us to innovative very quickly. It’s important to have that cross-matrix skillset.”

Among the innovations that have stemmed from this approach are Starwood’s keyless offering, allowing guests to open their room with a mobile phone, as well as its new Uber partnership. Alongside its Delta Airlines partnership inked last year, working with Uber allows Starwood to create 360-degree travel experiences for its customers, Norton said.

Measurement is a core component to the success of all of these teams, Norton added.

“We are making sure we’re taking an analytical lens not just in strategy development as we look forward, but also so we don’t hold on to too many sacred cows,” he said. “We look backwards and tweak things that aren’t working, and dump projects globally that don’t work.”

Digital agility isn’t something you can do on your own – you require allies and support networks to make this kind of transformational change happen.

It’s this kind of teamwork that made US rock climbers, Tommy Caldwell and Kevin Jorgeson, successful. The pair became the first free climbers up the Dawn Wall of El Capitan in Yosemite National Park last year, and shared their story of endurance with Adobe Summit attendees.

Caldwell said he’d tried to kickstart his own Dawn Wall climb on a number of occasions but hadn’t got very far until he met Jorgeson.

“It’s too much organisation and labour to do for one person. Having someone around you make things less scary,” he said. “The main crux for us was building a belief that it was possible – when you have a friend there with you, that belief is so much stronger than it is on your own.”

Girl Scouts USA CMO, Sarah Gormley, claimed marketing today is about transformation, commiseration and celebration. “No one has all the answers, we are all learning as we go,” she said.

“At the senior level, it’s about articulating that shift in marketing from being a cost centre to revenue generator and working with CEO, CFO and chief tech officer so the tools and services you’re bringing in are in lock step in terms of the talent to support and catch those systems. I consider that my responsibility.”

When it comes to the talent and team members that are required today, Gormley said she thinks in terms of “learn, rent or buy”.

“Either you need to get the team up to speed quickly, to lean on a consultancy or an agency for support and build, or you hire full-time staff that have grown up in that arena,” she said.

Think outside the box

When it comes to the skills being recruited to digital teams, both Time Warner Cable head of ecommerce and digital marketing, Rob Roy, and NAB GM of digital, Todd Copeland, said they look for people who aren’t necessarily the most obvious choices for a role.

Roy for one, avoids people with cable TV experience. “You need a general understanding of how business runs end-to-end – that gives you an appreciation of the specific function you work on and makes you well rounded,” he claimed.

Roy’s other top priority is finding staff willing to wear multiple hats. “You’ll be a product manager one day, focus on customer experience the next day, and think about marketing day after that,” he said.

Copeland, meanwhile, has brought people from telecoms, retail and media sectors into NAB over the last 6-12 months. He called his recruitment approach “mindset over skillset” and said he hires for aptitude.

“We also look for people who can live our values,” he said. “The creativity and passion is out there, you just have to create space for people to operate.”

Source people who can look past technology

“Creativity has always been the foundation, but now the analytics skills are an absolute requirement,” she said.

Adobe is working with universities on graduate and post-graduate programs as well as Harvard Business School to have a digital marketing section included on the curriculum, Lewnes said. She pointed out lots of schools also now have digital marketing as part of the standard business degree.

“What’s important in our position is to reinforce technology as a component, but for these folks to understand the organisational implications and process changes required to be successful in modern marketing,” she said.

Nadia Cameron travelled to Adobe Summit as a guest of Adobe.