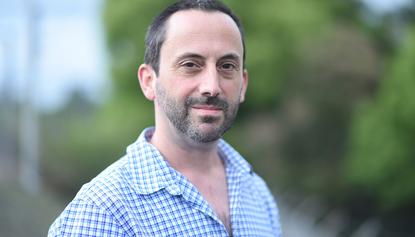 If traditional businesses are to thrive in this era of digital disruption, it is going to take some non-traditional thinking to get them there. It is also probably going to take a few more executives like Harris Farm Markets’ Simon Maizels.

Maizels is perhaps the archetype for the modern data professional. His business card carries the nominal title of ‘chief information officer’ for Harris Farm, a 1500 staff, Sydney-based grocery chain that operates from 20 locations across NSW. But many of his day-to-day duties would sit just as well with someone from the marketing function.

Maizels joined Harris Farm in February 2012 after a career that included extensive experience with the retailer, Metcash, where he set up its business intelligence systems. He was then poached internally by the CIO of its leading retail brand, IGA, to work in the business itself.

“That really brought me from being the IT guy into being the guy that brought the data and vision to life within the business, talking to retailers,” Maizels says. “My current role has moved me closer to retail, and being out in the field to see how the shops run, looking at how pricing and promotion and work in analytics is working out.”

This spread of responsibility sees Maizels working closely with Harris Farm’s director of marketing and customer experience, Martin Walters. Maizels says the lines between IT and marketing functions within Harris Farm’s open planned offices are blurred – and this is a good thing.

“We all understand each other’s strengths and what we can bring to a discussion,” Maizels says. “We will work together to find the best way to service customers and give them the best experience within store.”

Together, Maizels and Walters have responsibility for implementing Harris Farm’s new customer experience program, which sees them working to develop the best way to service customers and give them an optimal experience in-store.

“That’s a joint responsibility for him and me,” Maizels says. “Martin has come from a very strong promotional marketing background, and I am very strong on the technology and analytics side. We actually work really well together, and talk all the time.”

Related:
Omni-channel retail core to customer experience for Aussie brands
Forrester: How retailers can use digital to improve in-store experience

Close collaboration is vital in a business with the growth trajectory of Harris Farm Markets. The number of stores the company operates has remained stable in the three years since Maizels joined, primarily because it has churned a number of locations to focus on growth markets.

But in that time Harris Farm has also grown its wholesale customers from one to 50, increased its warehousing space from 6000 square metres to 10,000 square metres, begun exporting into two overseas markets and opened two concessions (stores within stores) within IGA locations, with plans for more.

“It’s a very dynamic business,” Maizels says. “There are very few companies like Harris Farm at this stage of growth. The supply chain is the fastest I have ever worked with, and the workforce is so dynamic and passionate about what we do, it’s a pleasure.”

Maizels says he has been told by suppliers that Harris Farm is more reminiscent of a startup rather than a traditional retailer in terms of its culture, and the company shares a number of attributes common among born-on-the-cloud retailers.

Aside from the blurring of responsibility and close collaboration between business leaders, Harris Farm has embraced the Agile methodology of constantly trying and testing new ideas.

“We don’t have projects that go on for months, they are usually days to weeks,” Maizels says. “None of us are Agile-trained, but we go in with short sprints and daily tasks. There’s minimal formalised project management. It is really an Agile methodology.

“We try something and throw a little bit of money and resource at it, and if it works, we accelerate it and really go for it.”

The company has also adopted a cloud-first stance in terms of acquiring new technology, including ExactTarget for email marketing and Shopify as its ecommerce platform. Extensions to Shopify are hosted with Amazon Web Services.

The introduction of numerous digital tools is giving Harris Farm the basis of data to improve marketing across the business, adding to its startup-like culture and operating model.

“ExactTarget has opened up a new channel of subscriber acquisition for us via mobile that has proven very successful and has quickly equalled our existing acquisition channels,” Maizels says. “It has also given us the ability to automate campaigns using customer behavioural data in near real time. That enhances our customer experience and frees up limited resources to work on the next great thing.”

“As long as I can integrate data from there it means I can chop and change functions within the business easily,” he says. “We have actually employed somebody permanently recently that can code to an API very easily. To do that kind of integration now is hours or days, as opposed to months, as it would have been earlier in my career.”

This approach influences the skills Harris Farm looks for in new employees. Maizels says the bias is very much towards people with problem-solving abilities.

“We are looking for someone who can think on their feet. You are given a problem and you’ve just got to be able to think fast to get something to the business,” he says.

With traditional businesses – particularly retailers – facing a range of challenges from both online and offline competitors entering the Australian market, success may require the same type of radical rethink that is taking place at Harris Farm.

“Business is changing, and a lot of the silos that were there before are being broken down,” Maizels says. “And if you get more people that understand the whole of the business and have agility in execution, it will be great.

“We don’t want to be followers, we want to be leaders in customer experience, and I am part of that too.”