Social media command centres: Fad or must for brands? 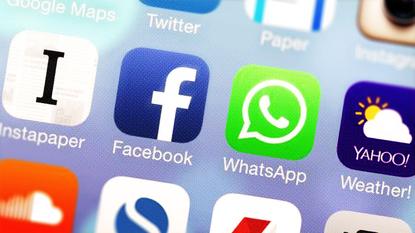 One of the emerging ways organisations are facilitating this is by building a ‘social media command centre’. These dedicated temporary or permanent facilities pools together social management and measuring technologies, digital and social strategists, customer support teams, brand creatives and LED screens into a hub-style environment.

There have been some spectacular use cases of social media command centres in recent years. One was set up to interact in real-time with consumers during the US Super Bowl.

On the support side, MasterCard has also adopted the ‘conversation suite’ and Telstra maintains a 24/7 social media command centre. Both of these are aimed at improving their response to customer care queries.

But is the adoption of a dedicated social media command hub really useful, or a distraction? And are you better off embedding social closer to the business? We asked three social and digital media experts to share their views.

Emma Lo Russo, the CEO of Australian social and digital consultancy, Digivizer, said the more accessible you make insights from social in an organisation, the greater value social has. The challenge most organisations face is making these insights actionable. And she’s not convinced social media command centres are helping.

“Generally, the command centres I’ve seen have been poorly constructed, with multiple sources fed up in some form of word cloud that no one looks at, so the ‘actionability’ of it isn’t there,” she claimed. “Actionable insight in itself is a far better concept and investment than having one command centre idea. What I mean is it’s better to invest in triggers and algorithms that can show you when something moves out of normal ambience, or a topic spikes up or down. What are the triggers that can be built in to enable your organisation to have an escalation process that brings the right types of visualisations in at the right time?”

Lo Russo suggested the social media command centre model was triggered by organisations looking to get a handle on their social data.

“It’s not a bad objective, but it might not be the right way to do it,” she said. “You want the board to understand what’s happening, share of voice and your position versus your competitors, and how that’s different in consumer to business and in new markets, for instance. That view will be different form a product manager’s view, which will be about specific experience feedback on the flavour, or when they tried to get a product to work.

“Everyone needs a different view of the customer in an organisation, so if you don’t work on how social informs the business, you won’t get the value or return.”

Brian Giesen, director at Social@Ogilvy, described two types of social media command centres, one of which he approved, and one he derided.

“There’s one version where you build a room decked out with large screens and a big investment is made in a tool to monitor social media, yet only two people are running the ship,” he said. “That is a colossal waste of money as it doesn’t drive business results. That person could be doing those tasks anywhere, it’s just window dressing.

“But if a company is willing to have a true business need for social media and hires a group of people to look after this as a customer service, responsively engaging with customer in social media, that is a sound investment.”

Whether they use one screen or more is of secondary importance, Giesen said. “Consumers expect to be responded to extremely quickly when they have an issue they take to social media with,” he continued.

Giesen pointed to KLM’s Twitter account as the “Rolls Royce” of customer service. KLM uses the channel to provide customers with real-time updates on waiting times for social responses to queries and complaints.

Monitoring for the moment

Sam Mutimer, the director of local agency, ThinkTank Social, noted NAB and Telstra have both developed social media command centres as a way of focusing their teams on social from a customer service point of view – something she approved. These systems in turn link back to CRM systems. She also saw monitoring as a vital marketing activity and said the focus needs to be on the team and their ability to then response in the moment to customers.

“It’s very important to monitor social around the brand if you are engaging on social sites,” Mutimer said. “For example, a few years ago we were monitoring Priceline and we saw there was a huge spike in conversation around Revlon lip blushes on Twitter. We delved in and saw an opportunity to run a campaign in the moment. We gave away these products to people who shared their favourite beauty blogger with us.

“From identifying that trend, we had 340 beauty bloggers we never knew were around that other people recommended and alerted them to Priceline. It’s those capabilities in the moment that can be used well by a brand savvy enough to respond.”