Companies are failing to realise creativity across the organisation: Nicole Velik

Creativity shouldn't be the domain of one group of individuals, but it's up to business leaders to foster creative thinking, says Nicole Velik 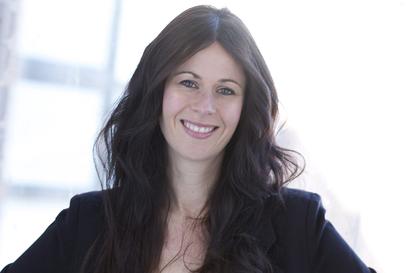 The marketing and advertising industry has done more than any other to enshrine the term ‘creative’ as a job description rather than simply as a personal characteristic. But to assume that creativity resides in one set of individuals alone is to ignore the latent creativity scattered across an organisations.

Nicole Velik has built her career on unlocking latent creativity. As a brand strategist with kirshenbaum bond + partners in New York, she was tasked with managing brainstorming sessions across the firm’s client portfolio.

Now as founding director of the Ideas Bodega she works with organisations across Australia to unlock their creative potential by training managers and workers in innovation, creativity and idea generation. Contrary to conventional organisational structures, Velik believes everyone can be creative when properly stimulated, and can also be taught to unlock that creative streak. Her belief was reinforced after a recent project working with a group of actuaries.

“People think they need to outsource creativity, when in reality there are all these amazing people running around in organisations ideas with, but with no one or no platform to give them to,” Velik said.

“That comes from our society, which puts people on one side of the fence – you are either deemed creative or non-creative. And where that comes from is a massive misunderstanding about what creativity in a business context is. People confuse creative expression with creative thinking.”

Speaking ahead of her appearance at the Creative Innovation 2015 conference in Melbourne from March 23, Velik pointed to numerous factors preventing organisations from unlocking the creative potential of their employees.

“A very simple thing I do when people walk in for a brainstorm is say ‘leave your titles at the door’,” she said. “There are certain skills that a copywriter or a designer has that obviously need to be honoured and respected, but an actual idea can come from anywhere.

“It is doing organisations a disservice to not utilise the people in an organisation by thinking ideas need to come from a few certain people. Everyone is in the business of creativity, or you just shouldn’t be in business.”

Even in highly creative organisations, Velik said there are numerous barriers to creative outcomes. Firstly, many don’t allocate sufficient time to creative thinking, she said. Also, for the creative process to be effective, it is essential that sufficient effort be made to ensure the challenge set is appropriate, and be not so broad as to deliver unworkable solutions.

“Most people don’t spend enough time upfront doing the strategic work and figuring out what they are trying to do,” Velik said.

Organisations should also be willing to be more inventive when it comes to finding sources of creative innovation, she continued. While data can provide fantastic insights, stripping out the context of the problem to be solved and looking outside of the organisation – and specifically past its industry peers – can provide new models to explore.

Velik cited the fitness industry as one example, where there is a constant challenge to recruit new members.

“The next question I train people to ask themselves is where in the world has that challenge been solved before,” she said. “Great examples of recruitment can be anywhere from the Army to Facebook and LinkedIn, and in religion. So you can gather all these amazing ideas.

“As a gym, it is not natural to think about what the Army or Hillsong are doing to recruit. But when you look at what they are doing and you see that method is working, you can appropriate that.”

However, ensuring creativity becomes part of the everyday environment requires strong leadership and a culture that rewards creativity.

“As a leader, look for the ‘closet creatives’ in your organisation,” Velik advised. “Walk the floor and get down and talk to people. And then nurture them.

“Everyone wants to love what they do and everyone wants contribution and recognition in their jobs, creativity is the best way to give both of those things. Individual leaders can do so much, and it doesn’t need to cost anything.”