B2B marketers splurging on content and digital; struggling with ROI 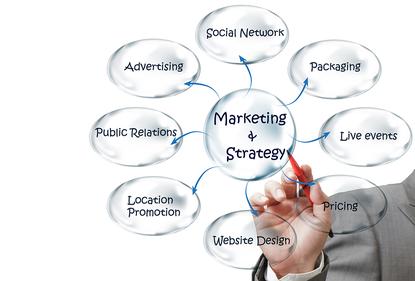 Delivering marketing ROI remains the top challenge for B2B marketers this year, while many are still struggling to capitalise on or successfully utilise new enablement technologies like marketing automation.

Challenges with effectiveness was one of several themes highlighted in the new B2B Marketing Outlook 2015 report, produced by Greenhat in association with ADMA.

The report found the top two marketing objectives for 2015 are generating leads (81 per cent) and nurturing leads (78 per cent).

Digital marketing is taking the largest portion of the overall B2B marketing budget at 28 per cent, up from 23 per cent year-on-year, followed by traditional offline marketing at 21 per cent. Top digital tactics for this year are email, e-nurturing and social media marketing.

Proving social’s worth remains a challenge, however. Only 20 per cent claim to have chalked up strong results from social activities last year, while 25 per cent saw some results but found these to be “not cost effective or consistent”. Twenty-eight per cent also admitted there was no emphasis on being able to measure ROI on social media activities in their organisation. For those engaged in social, LinkedIn was the B2B platform of choice.

Content marketing also came up as a vital area of investment for B2B marketers, with 17 per cent of budgetary spend allocated to this area, a rise of 54 per cent year-on-year. Three in four respondents said content is a ‘key pillar’ to their marketing efforts, with top content types including short articles and blogs, case studies and video.

Just under two-thirds of marketers plan to do more content amplification and syndication activities this year to ensure content gets to the right people. Sixty-four per cent of respondents are creating or publishing blogs and online, up from 51 per cent in 2014.

There’s also a push around for better personalisation. Demographic and physiographic buyer personas had been developed by 43 per cent of B2B marketers surveyed, up from 35 per cent year last year, and 22 per cent are planning to create these segmentations. Just over one-third have also mapped a lead journey for customers from unknown prospect to sale and 27 per cent plan to.

But it’s ROI that’s still the biggest hurdle. According to the report, 46 per cent of respondents said marketing ROI was the biggest challenge they face last year, even more so than generating leads (38 per cent).

On a positive note, overall B2B marketing budgets this year are rising, with 36 per cent of respondents saying they’ll increase by at least 5 per cent in 2015.

The report was based on a survey of 455 marketers undertaken in November and December last year. The majority (59 per cent) have fewer than five full-time staff in the marketing team, while 28 per cent had more than 10 employees.