The visible expert: How to create industry stars, and why every CMO should care 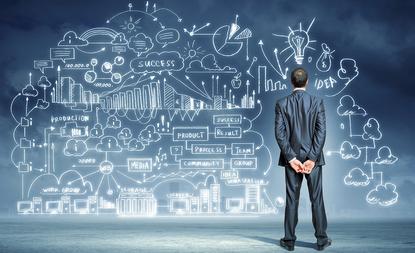 What does it take to become a well-known industry expert - someone who keynotes the biggest conferences, whose ideas are widely quoted and shared, and who is sought by the media for leadership and insight? And what value do these experts bring to their firms?

For their new book on these industry stars, The Visible Expert, the team at Hinge researched these questions and many more. In the process, they discovered that firms with visible experts attract more leads, command higher fees and grow faster.

In the first-ever study of its kind, the Hinge Research Institute interviewed 130 visible experts and surveyed 1028 buyers to discover how these stars got where they are today.

In the process, we discovered that the benefits of being a visible expert extend beyond individuals to their firms and peers. This phenomenon is known as the halo effect.

What Is the Halo Effect?

In 1915, a researcher named Edward Thorndike conducted a study to learn how people judge each other. He discovered that if a person had one strong positive trait -such as being attractive - it would positively influence the rater’s perception of that person’s other traits. Intelligence or work ethic, for instance, tended to be rated equally as strong.

Thorndike called this phenomenon the halo effect. Subsequent studies determined that the same effect applies to businesses, which explains the importance of marketing and brand-building activities.

For visible experts, the halo effect means that a buyer who sees an expert in a positive light is likely to believe that the expert’s firm is wonderful, too. In this way, visible experts elevate their firms in every category that counts, including growth, new business, reputation, partnerships, billing rates and the ability to close sales.

Staci Riordan, partner at the law firm, Fox Rothschild, and pioneer of the fashion law sector, puts it this way: “People hire the person, not the firm. So the stronger the individual, the stronger the firm will be. It’s a symbiotic relationship.” The research is clear: When visible experts rise to the top, they bring their firm along for the ride.

The 5 Levels of Visibility

Not all visible experts have reached the same level of visibility, and not all of them want to or need to. Certain industry stars, like Warren Buffett or Bill Gates, are so visible that their fame has expanded beyond their industry, attracting the attention of the mainstream public. Other visible experts are beginning their ascent, and their reputations within their industry are just starting to catch fire.

According to Rick Telberg, founder of CPA Trendlines and a visible expert for the finance sector, experts must think strategically about goals and growth before they start.

Between the novices and the Warren Buffetts, our research revealed a wide range of visibility, as well as certain tendencies that appear at turning points along the way. Five natural levels emerged, each defined by its own set of criteria. Here’s a sneak peek:

Though recognised as an expert by clients, staff and colleagues, they are not well known outside of the firm.

Their expert brand is starting to be known beyond the boundaries of the firm, occasionally attracting new business. They are starting to engage in promotional activities, such as speaking engagements and blogging.

Reputation is moving on to the regional or even national stage, attracting better business and higher fees.

These experts have become nationally recognised names within their niches, driving top-tier business opportunities and commanding premium fees for themselves and their firms.

These elite experts have garnered considerable exposure outside their niches. In some cases, their names have become synonymous with their areas of expertise, and major firms clamor to be associated with them.

The Journey to the Top

Once we uncovered these five levels of visibility, it became clear that most experts were using surprisingly similar tactics to rise from level to level. Despite their varying career choices, they were adhering to a similar process, and the process is what got them where they are today.

Here’s the really exciting part: Using what we learned about visible experts and fast trackers, we were able to break down the process into a clear and replicable program. For the first time, professionals don’t have to guess how to rise to the top of their industry. Using data from real-world experts as your guide, we’re going to show you not only how to get to the top, but also how to do it faster. 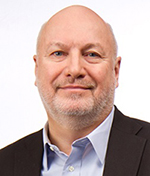 Lee W. Frederiksen, Ph.D., is Managing Partner at Hinge, a marketing firm that specializes in branding and marketing for professional services. Hinge is a leader in rebranding firms to help them grow faster and maximize value. Frederiksen has authored or edited several books on marketing and management, including Inside the Buyer’s Brain; Spiraling Up: How to Create a High Growth, High Value Professional Services Firm; Online Marketing for Professional Services; Handbook of Organizational Behavior; Marketing Health Behavior: Principles, Techniques and Applications; and Computers, People and Productivity.