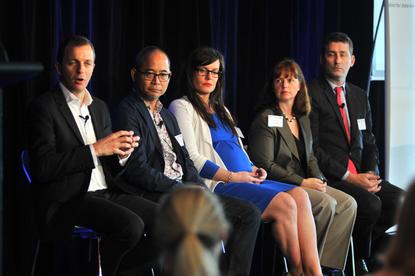 IT and marketing teams need to join forces to convince their boards that a cultural and operational shift to agile ways of working will positively impact their businesses.

This was the view of panellists at the recent Executive Connections event on ‘Developing Your Digital Intelligence’, produced by CMO, CIO, and ADMA.

Fairfax Media’s outgoing CIO, Andrew Lam-Po-Tang, told attendees the cultural aspect of digital agility shouldn’t be underestimated, as it touches every function and every form of decision making leading up to improved customer experiences.

“One of the major cultural shifts is changing people’s appetite for failure and getting them hungrier for failure,” he told attendees. “If you think about it, pretty much everything in conventional business works in the opposite direction: It’s about risk mitigation and preventing failure.”

To combat this, Fairfax has made agile the default approach for all product development.

“We then quickly learned it was somewhat ironical having a technology development team run agile within a marketing waterfall process. That doesn’t work,” Lam-Po-Tang said.

“Fortunately, we had moved to activity-based working in Sydney and Melbourne so we were able to get teams to co-locate in full squads. These ‘micro-businesses’ started to operate in an agile way with daily stand ups – even so far as to include the finance people in those teams, which actually proved to be a fantastic idea.”

The media company also embraced DevOps, a methodology that improves interaction between app developers and IT operations staff. This has helped reduce the cost of project failure by shortening the internal timeframes between releases, Lam-Po-Tang said.

One of Lam-Po-Tang’s team members also had an idea to ‘crowdsource’ innovation projects inside the organisation.

“That was on the Friday and by Monday, one of our developers had built a platform to let anybody vote on ideas, to pledge resources and surface up ‘crowd-voted’ ideas,” he said. “That’s now group-wide and we deal with c-level alignment by always having a least one of my peers on the judging panels. Most people now understand that there is a great appetite for trying out these things.”

Vice-president and global head of digital sales and marketing at CapGemini, Maggie Buggie agreed that for organisations to get a firm grip on digital, the corporate culture needs to change to overcome fear at a board and middle management level.

Across CapGemini’s global client base, she claimed junior teams are the most fully engaged and open to new ways of working, however many organisations are experiencing problems with attrition because some staff are afraid of change.

As a positive example, Buggie pointed to the board members at one retail client that had a low level of digital maturity but realised the need to pilot new digital initiatives and emulate the success the organisation was having overseas around improving in-store experiences.

“We were [working on] strategy with the board, and in parallel we ran a proof of concept in one of their [shoe] stores,” Buggie said. “Over that three-week pilot, store conversion of shoes went from 11 per cent to 28 per cent. And this is not a high-end retailer.”

This quick win gave the board confidence that digital initiatives have a positive impact on the bottom line, she said.

“For me and for most of our clients, the value of [digital] is how it drives a faster and better realisation of business objectives around shareholder value, margin, cross-sell, upsell and an increased return on marketing investment,” Buggie said.

“Coming back to the proof of concept, it showed the board from a financial perspective that this stuff does hit the bottom line. And secondly, from an employee perspective, it started that bottom up groundswell of conversation around ‘Oooh, we want this stuff’. It actually helps to augment and improve, as opposed to displace, the quality of the in-store, face-to-face experience.”

John Batistich, director of marketing at Scentre Group – which owns Westfield in Australia and New Zealand – said digital agility can be achieved through adjustment in behaviours (how an organisation moves into unknown areas) and methods (moving to waterfall to agile initiatives).

“Westfield invested $900 million last year in shopping centre developments and that’s waterfall – big bets and you can’t get it wrong,” he commented. “But in our digital experience, we’re going to create a scope [which will] evolve throughout the project, and we are going to release [using] a continuous deployment method.

“That cultural shift is extreme. We brought that in and now we are saying to the broader marketing group that this could be a new way of organising and structuring around programs and idea, rather than hierarchy. It’s a big shift but it’s not organisation-wide yet.”

According to Karen Scott Davie, business executive and project manager, finance, IT systems and operations, at EWE Holdings, having analytics and information about the customer is powerful but communicating that across the whole organisation is key to encouraging digital agility.

“You can have this fantastic project but if you’ve only told a scattering of people across the organisation or the board, they can’t appreciate the agility and the digital transformation that is going on,” she said. “It's important from a cultural point of view to share the messages, share the ideas.”

More from our Executive Connections event:
Companies don’t have policies to disrupt traditional business models: Forrester’s McQuivey
How Suncorp and Helloworld are driving into digital with data

Building marketing’s role in the business

Nick Adams, director of CRM, loyalty and digital marketing at Telstra, said that when he started at the company three years ago, the marketing team was struggling to attract capital and wasn't on the CIO roadmap for technology innovation.

“In the first year, we would ask for some capital and the response was, 'you are the colouring in guys, why would you need capital?' The technology and finance organisations weren't with us, they were against us. So we had to change the way we fundamentally worked with the organisation,” he said.

“Today I have three staff who are dedicated to business casing, project delivering, finance and technology. We brought new competencies into the team to get the 'wink and the nod' across the table and get into the 'club'.”

One fundamental way this was achieved was by forming a virtual CIO/CMO technology group, he said.

“Then we meet monthly to work on the prioritisation of those projects in an agile way - what's at risk, what's working and where's the funding cycle at. I am now better armed in the organisation, I know have the tentacles into the technology organisation.”