How Suncorp and Helloworld are driving into digital with data 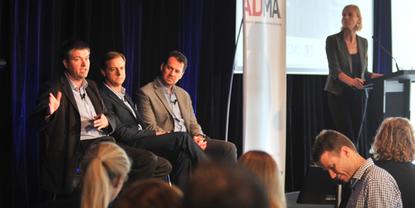 Suncorp and Helloworld see their digital strategies as critical to survival in an increasingly data-driven world, according to executives from each company.

The IT and marketing leaders from each company described their progress towards gaining insights from data on a panel at the ‘Developing Your Digital Intelligence’ event, produced by CMO, CIO and ADMA under the Executive Connections banner.

Helloworld CIO, David Hassan, explained how his company, an online travel site partly owned by Qantas, has been working toward achieving a single customer view of its data. In the last year, “the power of data has become more obvious to the organisation”, and Helloworld realized it had to change to keep competitive, he said.

“A lot more people were booking travel online, so we needed to get our retail network ready for that,” Hassan said. Not embracing change could have meant being swamped by the likes of BestFlights, Expedia and Qantas.com, he said.

However, a challenge is that the company has a large amount of data in different places.

Rather than write a three-year strategy, Helloworld has tackled the problem with “short sprints”, collecting basic customer data, finding insights from it and then building on the learnings, Hassan said. The company is six months into that program, and so far has about three of eight data sources feeding into a single customer view.

“We chose to start with our most structured, easiest accessible data,” Hassan said. “We also took it in bite-sized chunks.”

The CIO went to Helloworld’s retail and marketing teams and asked for a couple of use cases to address as proof of concepts, he said. “We know we’re not going to solve it all now, but we took an iterative approach to it.”

Hassan is also not afraid to make mistakes. “This is a learning,” he added.

Suncorp is further along in its digital strategy and has established a chief data office to spearhead data-driven initiatives. The insurance company has brought data together across 15 brands into a single customer view and is “pretty close” to achieving truly real-time capability, according to Mark Reinke, Suncorp group executive of customer data and marketing.

“For us, [the driver was] the realisation that we simply can’t predict the future, but we have to prepare our business for change. And we understand the themes of change, but not the nature of that change,” he said.

Suncorp sees data as an enabler, said Reinke. “It’s not the end. It’s the means to the end.”

Data helps Suncorp grow while keeping costs down, he said. “The role of data in our business is to open up the jaws … between growth and cost. It’s bigger than marketing.”

Forrester VP and principal analyst, James McQuivey, admitted most companies are still well behind Suncorp. The majority of organisations he advises at Forrester are about halfway through step one, which is about bringing together existing data sets.

“You have existing sources of data you have to figure out how to bring together and make them accessible and make them able to generate insights,” he said. “That in itself is a huge effort.”

The next step is to multiply the existing data “by the amount of data you’re actually going to have access to five years from now,” he said. Step three is to figure out what the data says about what your customers want next.

To drive a digital strategy in an organisation, Hassan said it’s critical marketing and IT work collaboratively. “We’ve got a good culture where anybody can throw ideas either way,” he said of Helloworld.

Related: Suncorp: Marketing and IT are becoming synonymous
CMO-CIO relationship is improving; technology union has a way to go
CMO-CIO partnership key in digital customer engagement

Reinke said it is also important to develop an agile business. “You have to build a culture to make decisions fast.”

Suncorp has benefitted from bringing everyone in the analytical value chain together into a chief data office, he said. This has helped create career paths, rotational opportunities and a learning campus within the organisation, he said.

McQuivey said that kind of structural decision can help significantly. “I’m not sure everybody’s prepared to do that or able to do that, but if you’re in a position that you can, it will do tremendous things,” he claimed.

At the bottom, partners can automate processes so Suncorp’s analysts aren’t tied up doing reporting. “At the top of the value chain, go and find the world’s best [companies] … because that’s where you’re going to learn,”Reinke said.

Recruitment is key to bringing data skills into an organisation, panellists agreed. Reinke said Suncorp has been seeking university graduates with data and social science skills.

“We have gone deep into Australian universities and US universities to set up ongoing pipelines,” he told attendees.

Cost constraints have been a barrier for Helloworld to bring data skills into the organisation, and represent a continuing challenge, said Hassan.

Alongside the right skills, embracing the cloud is critical to allowing organisations to be able to scale up to manage all the data, said McQuivey. “It just becomes an accelerator of your strategy.”

Reinke said scale, cost and flexibility are the top benefits of cloud, with flexibility the most valuable attribute.

Cloud lowered costs and reduced resource requirements at Helloworld, said Hassan. “For us it had to be cloud.”