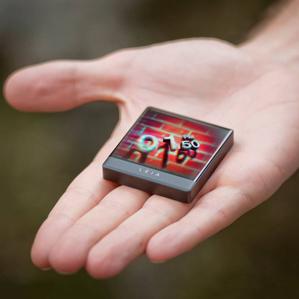 U.S. start-up Leia is demonstrating its 3D holographic display technology at Mobile World Congress, promising a chance to see what mobile holography is all about.

Demonstrations of future technologies are among the more exciting exhibits at Mobile World Congress, and Leia looks sure to wow visitors at this year's edition, which starts on Monday in Barcelona.

Leia's goal is to make the company's technology cheap and compact enough to be integrated into smartphones and other mobile devices. It can be used to produce imagery "that floats above the screen" and that users can interact with, founder and CEO David Fattal said in a presentation last year.

Potential applications include maps with buildings that pop out or games where a ball comes out the screen, according to Fattal.

The technology is based on an invention called multi-view display, which was initially developed at HP Labs. It's based on a thin piece of transparent plastic or glass that's illuminated from the side with standard LEDs. Different images are created for the left and right eye to produce a sense of depth.

So far, mobile devices with 3D screens have flopped. Most recently, Amazon implemented a feature called dynamic perspective on its Fire Phone, which is used to show 3D images of buildings.

Leia takes the concept further, but success is still far from certain even if the company can make the technology work. One thing that might work to its advantage is that smartphone innovation has slowed and manufacturers are looking for new ways to get us to upgrade.