Why you should be embracing a test-and-learn culture

The concept of failing fast and often is inherent in Agile software methodologies, but can it also be applied in marketing? We investigate why CMOs need to start testing 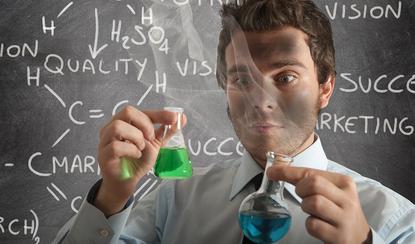 There is a mantra in the technology startup community that says failure is actually a good thing. That people who try something and fail are actually better investments than those who try nothing, or who have never known failure.

The most dramatic manifestation of this test-and-learn model can be found within Amazon, whose chief technology officer, Dr Werner Vogels, last year claimed his company could be testing up to 250 variables on its sites at any one time.

But it is a concept that is struggling to gain acceptance within the broader Australian marketing community. Where it has found favour tends to be within those organisations that have also adopted agile software development. And not surprisingly, these are primarily online-focused organisations such as SEEK, Wotif (recently acquired by Expedia) and REA Group.

According to REA Group’s group manager for marketing strategy, Natalie Feehan, test-and-learn is used in everything from optimising digital advertising and electronic direct mail to tweaking its events and outdoor campaigns. She says test-and-learn is much more than just a process within the marketing department – it is a philosophy.

“Certainly here the culture is very much that we would rather people gave it a go and tried something different than just stuck to traditional methods,” she says.

With the company sending out emails numbering up to 100,000 each month, it first isolates small groups numbering in the hundreds to test different iterations of the communication. Variations might appear in fields such as the subject, title image, layout and content order. The response rates are then evaluated and used to tweak the eventual mass communication to its database.

“We are trying to leverage every send essentially, and get the highest engagement we can,” Feehan says. “In our email channel, it has been very successful in quickly accelerating engagement.

“In some cases we have doubled our open rates.”

While not all forms of communication provide such immediate results, the test-and-learn philosophy at REA Group means even TVCs and events are closely monitored to determine how minor changes compare to previous iterations. In these situations, traditional measures such as brand tracking are used, with REA Group pushing the frequency of polling to weekly.

Feehan says it should come as no surprise that REA Group also uses the Agile software development methodology.

“Any business working with an Agile methodology understands the value of iteration,” she says. “So philosophically they are aligned to thinking that things are fluid and changing. If that philosophy extends right through to marketing, people are generally not as afraid to fail, because there is openness and willingness and support from the organisation to continuously iterate.”

Getting up to speed

But while the test-and-learn mantra is deeply ingrained within REA Group, it has yet to work its way into the marketing departments of most Australian organisations.

Accordingly to Adobe’s APAC director of transformation and digital strategy, Mark Henley, the reason for this may be that many organisations are still struggling to get a grasp on the flood of metrics their online channels deliver, let alone using this data to effectively tweak campaigns in development.

“I think it is aspirational for most,” he comments. “What we are seeing is a shift in the last 12 to 18 months from people asking what is transformation and how does it affect them, to people being able to talk about the concepts of content personalisation, big data, optimisation and testing - but not knowing how to execute.

“So there is a growing consciousness of the necessity. The execution is something people are thinking about but haven’t worked through properly.”

Even more difficult is the execution of test-and-learn across online and offline channels.

“At the moment, there generally isn’t strong experience and capability in organisations to even do the simple stuff on a single channel,” Henley says. “Customer parsing is not an advanced science by any means.”

According to Deloitte Digital partner, Steve Hallam, the technology supporting test-and-learn has made huge leaps in the past five years, driving older clients to investigate it more seriously.

“A lot of large corporates are investing in it – particularly in the retail industry, where ecommerce conversion is most important,” he says. “But other incumbents in industry moving to digital-based models are also definitely investing in this technology.”

Related: 70 per cent of your marketing tests should fail, says head of Data@Ogilvy

It’s time for CMOs to embrace agile as a noun

Deloitte: The 5 disruptive trends of the digital age

Hallam says it is possible for brands to get a lot of traction - in the range of 20 per cent response improvements - with even a little data.

“You need to learn how to use this technology effectively and what parts of your market segment are going to be most effective,” he says. “And it is a transition. Amazon is very ahead of the game because the company has invested over a long time. Where companies are making the right level of investment, it is paying return.

“The investment you make in the digital technology to get the insight needs to be matched with the capacity and ability for the organisation to change.”

Up next: How the digital advertising community uses test-and-learn to drive uplift

The test-and-learn concept is embodied in the processes of many digital advertising technology and service providers. For instance, managing director for Australia at personalisation and retargeting specialists Criteo, Jeremy Crooks, says his company is responding to 15 million server requests each day, and reaching three out of four Australians every month.

“On the back of that, we are gathering a lot of information and feeding that directly back into the algorithms,” he says. “So hopefully the adverts we show the end user are fairly simplistic executions that are as relevant as possible. There is some degree of product recommendation in there as well which gives them a little bit of value extra ad as well.”

Online measurement company, Webtrends, has built a business model around offering test-and-learn services to clients that want to improve the performance of their websites.

“It is the fastest growing space for us,” says regional director, Mark Allison. “As a company we have been doing Web analytics for 20 years. The best way to use the data is to use it in real time to optimise the site.

“On average in Australia each test, across the board across all verticals, generates a 16.5 per cent lift in bottom line sales.”

Webtrends provides a test-and-learn optimisation service that can test multiple site iterations simultaneously, from small tweaks to entirely new functionality, by testing against a small sample of the overall site audience and comparing the results to a control group.

Allison agrees test-and-learn is still a foreign concept for many Australian organisations – including some retailers – who prefer to launch massive redevelopments of their flagship sites with minimal user testing.

According to the head of strategy at advertising and digital media specialist Exponential, Tyler Greer, the unwillingness of some organisations to engage in test-and-learn activities may stem from an overall culture that shuns failure.

“We are in this landscape in which we have never had greater ability to understand our audience, their motivations, who they are consuming media, and yet we are very risk averse as well,” Greer says. “Social media has played a big role in that. There are two way conversations to be had. Yes there are the benefits of advocacy but then there is the risk of things going the other way.

“But risk as a concept is empowering to brands, because it builds a culture that is dynamic and nimble and intelligent and allows everyone to think about things and examine things.”