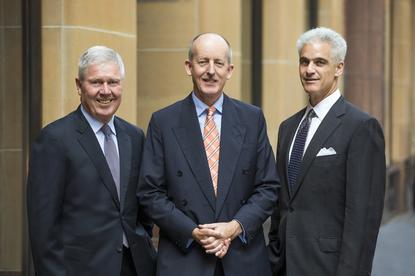 Mobile marketing startup OtherLevels has revealed plans to expand its presence in Australia after moving its headquarters to San Francisco from Brisbane in 2012.

OtherLevels said it will build a global development centre in Brisbane and potentially list on the ASX in 2015.

The company was born in Brisbane in 2012 but later that year opened a new headquarters in San Francisco. The company opened an office in London in 2013 and Melbourne this year.

Amid all this expansion, OtherLevels maintained a small footprint in Brisbane, and this “will be ramped up over the coming months to reflect the new global development centre", said OtherLevels founder and president Brendan O’Kane.

“Following the appointment of our global CEO Ramsey Masri last year, we have been evaluating the best route to generate breakout growth in 2015,” O’Kane said.

“Australia was a clear choice for us in terms of where we can find the right technical talent to innovate and service our growing international client list, as well as explore options for capital raising.”

Steve Baxter, an early-stage investor who is prominent in the Australian startup scene, said it’s good to see an Australian tech startup follow international success with investment in Australia.

“OtherLevels is proof that high-growth Australian tech firms can work with multinational clients from all over the world,” said Baxter.

“To see a high-growth global business born in Queensland transform how enterprises use mobile to interact with consumers is testament to the potential of our startup eco-system. It is hugely encouraging to see OtherLevels is investing in growing its team and looking to Australia as a potential source to fund future growth.”

OtherLevels has appointed Select Equities to help it consider its capital raising options.

Adam Bender covers telco and enterprise tech issues for Computerworld and is the author of dystopian sci-fi novels We, The Watched and Divided We Fall. Follow him on Twitter: @WatchAdam