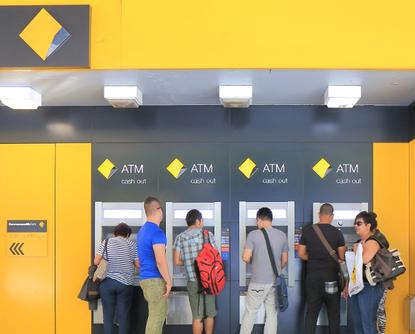 The latest list found Australian banks had a strong year for brand value, growing by 14 per cent year-on-year with a cumulative value of US$33.4bn. Commonwealth Bank led the way with a 37 per cent increase in brand value to US$7.5 billion (AUD$9.2bn), followed by ANZ, with growth of 8 per cent and a brand value of US$6.7bn.

St George also made its first appearance on the top 100 list with 20 per cent growth in brand value of just under US$2bn.

There were some losers, however, and three of Australia’s 16 banks - MLC, Yorkshire Bank and Clydesdale Bank - all recorded a brand decrease of between 13-14 per cent.

Worldwide, Wells Fargo was the most valuable bank brand, chalking up 15 per cent year-on-year growth to a total brand value of US$34.9bn. Other strong US performers included Citi and Chase with 7 per cent brand growth apiece, while Bank of America, Goldman Sachs and JP Morgan all saw their brand value decrease over the same period.