Woolley joined the institute’s board in September last year and takes over the chair’s reins from Graham Wright, who was appointed in 2013 to succeed Lee Tonitto. Wright had been on the board since 2008 and was a previously a deputy chair of AMI. 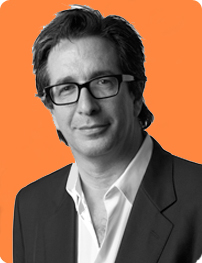 Tonitto has since been appointed AMI’s CEO following the departure of longstanding chief executive, Andrew Crowe.

Woolley has a long and distinguished career in the marketing and agency landscape, establishing strategy marketing management consultancy, TrinityP3, in 2000. The organisation has grown to an international network of more than 30 industry professionals and earned a reputation for assisting with agency management and bridging the communications gap between agencies and client-side marketing teams.

As well as his work at TrinityP3, Woolley has previously served on several boards including as president of the Melbourne Art Directors Club and with the AANA.

He began his career as a scientist at the Royal Childrens Hospital Neuropathology Laboratory in Melbourne before developing brand and business communication strategies for global and local brands as a writer and creative director at J Walter Thompson and Grey.

In a statement, Woolley noted huge the challenges ahead for the organisation but said he was looking forward to helping drive its ambitious strategy of increasing membership and building the marketing professional’s profile.

Wright said Woolley’s election was the final piece in a raft of governance changes which included bringing in member-elected board members.

“Darren is the first member-elected director to be elected chair by the board and leads a well-balance team keen to deliver on this promise of an exciting future,” Wright said.