Facebook: Don't Advertise With Us If You Don't See Clear ROI

Facebook put its money where its metaphorical mouth is when it comes to advertisers' dollars. 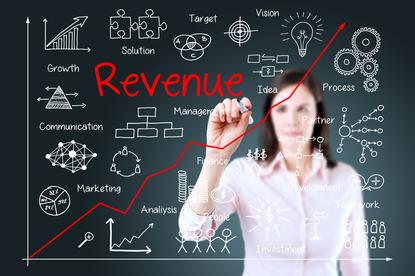 Facebook last week detailed a number of initiatives meant to help it form a more cohesive strategy for implementing its arsenal of recently acquired advertising technology.

"It has taken us some time to figure out what we uniquely offer to the world," Brian Boland, vice president of ad tech at Facebook, said during a media briefing at the company's headquarters in Menlo Park, Calif., last week.

Boland says the company wants to "reconnect the pieces" of the ad tech it acquired and built, and explain how they fit together to form a clear vision for Facebook's future. Facebook reframed its ad tech products to better enable advertisers and publishers to reach their target audiences and accurately measure the effectiveness of the ads it serves on Facebook and on the Web.

"People-based marketing" is the new name of the game for Facebook, according to Boland, and it's pulling out all the stops to give advertisers and publishers more confidence that the social network's tools can help grow their businesses.

"This will help you understand everything you'll see us do for the next couple of years," Boland says. "Every product you see us come out with on the advertising side will hang in this framework."

Facebook serves different interests, sometimes narrow and specific to Facebook, other times much more broad in the digital space, and the company has no plans to combine its suite of ad tech businesses into a single platform.

"There are certain tools that advertisers need to run all their digital that are independent of what you do on Facebook," Boland told CIO.com in a follow-up interview. "The tools we're building here will enable marketers to have a comparable view of all their different publishers."

However, the most difficult challenge for Facebook and any other online business that sells ads across multiple devices is measurement. "We think the current systems are fundamentally outdated," Boland says.

Facebook believes it made progress on this front, and it is now taking a more direct approach to how it pursues ad dollars from publishers and brands.

Boland says businesses shouldn't advertise on Facebook if they're not sure of the ROI. "Don't spend a dollar unless you know that dollar is delivering ROI," he says.

However, a robust CRM system is required if marketers want to reach the right individuals and then match their online and offline activities to track sales. That's where Facebook thinks it can help.

The advertising and publishing industries have invested billions of dollars in CRM, but they still struggle with getting the most value from the data, according to David Jakubowski, head of ad tech at Facebook. "What do I do with that big data? These [Facebook] tools...enable that at scale, from personalization through to reach and measurement," Jakubowski says.

Facebook's utilities include its recently expanded Audience Network, an ad serving platform for mobile apps; LiveRail, a technology platform for video ads that Facebook acquired last summer; and Atlas, the ad platform it acquired from Microsoft and rebuilt so marketers can measure and manage all of their digital campaigns.

With Atlas, Facebook is trying to solve two industry-wide problems: bringing mobile marketing up to speed with mobile usage and reaching the right people with the right ads, according to Erik Johnson, who runs sales and service for Atlas.

"Mobile marketing hasn't kept pace with the usage of mobile," Johnson says. "People are tired of seeing bad ads, and they see bad ads because they're not targeted the right way."

Mark Trefgarne, former CEO of LiveRail and current director of product management for the ad platform at Facebook, says this disconnect is stems from a hesitance to embrace new technologies and approaches.

"Right now we're in a world where we think mobile is substantially underrepresented," Reframe says. "It's a case of changing decades-old practices to make sure they keep pace with where people spend their time."

Boland says Facebook feels a sense of responsibility for the time that people spend on the site. "That time is going to have a portion of their lives taken up with marketing messages and advertising," he says. "I feel a responsibility to make that time is really worth their while."

When asked about competitors, Jakubowski immediately mentioned Google and Seismic and specified a set of weaknesses that he thinks will serve as competitive advantages for Facebook.

"We have without question the largest real-name identity platform on the planet, so there's nobody who can do it at exactly our scale," Jakubowski says, noting that Google is working to address this problem and is expected to release something related in the near future.

Jakubowski cites Amazon, Twitter and Salesforce as companies with notable data assets, but he also said those companies still aren't on Facebook's level. "You're talking a couple hundred million against 1.3 billion" monthly active users on Facebook today, he says.

The media session at Facebook's sprawling campus along the San Francisco Bay ended on the topic of privacy, and more specifically, a line that Facebook doesn't want to cross.

"We want to make sure that targeting is valuable and additive, and not creepy," Boland says. "The tools that we create [could let] marketers to do things that would be uncomfortable for a person."

Facebook provides details at the bottom of each ad on why users see specific ads and gives them controls to see more of less of those ads in the future. However, this solution to privacy concerns may seem lacking to some.

"People come with all different attitudes toward ads," says Sarah Rotman Epps, a product-marketing manager who works on ad-product privacy at Facebook. "We have found that what is good for consumer privacy is also good for our business. We want our data to be secure, and we want your data to be secure. That's just in everyone's best interest."